Described as the Bob Dylan of mountain climbing – “completely inscrutable and no one’s sure if they like him or not” – Fred Beckey was the ultimate rock-climber, with more first ascents than anyone in the world. 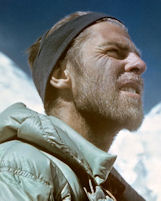 A dirtbag in colloquial speech is a dirty, unkept, low-life, unemployed individual who basically does not play nicely with others. But the term has also been coined for independent-minded rock-climbers who bum around nature’s most difficult facades. They camp out with coffee and granola bars, planning one seemingly impossible ascent after another. They share an addiction to the adrenaline sport that pits man against nature’s masterpieces. All definitions fit Fred Beckey.

This biodoc is all about Beckey, the king dirtbagger of all time, and his obsession with climbing. He calls himself a rock-climbing addict. His friends correct him, pointing out that he has two passions: rock-climbing and women. Both involve temporary conquests.

Beckey says some people take a Mediterranean cruise for adventure. He scoffs and says it would only be an adventure if the boat got bombed.

What makes Beckey tick and why such an irascible personality became an icon in the mountaineering world is explored by filmmaker, Dave O’Leske, who devoted the last 10 years of Beckey’s life preparing this documentary. In the process, he became Beckey’s climbing partner with full access to personal journals, photos and archival film footage dating back to the 1930s.

O’Leske, knowingly or not, created a film a lot like his star. No sequence is lingered on for long, no philosophy or ideology is espoused and there is no sentimentality. You see what was there – Fred Beckey propped in the dirt in a mangy sleeping bag with a cup of coffee mapping out a path for the next ascent.

Beckey does not wax about the environment, the purpose of life or the comraderie of rock-climbing expeditions. He says his joy is, in part, risking his life and surviving against all odds.

O’Leske’s film, produced with a crew of experienced K-2 filmmakers, is honest. It explains the rift between Jim Whitaker and the decision to exclude Beckey from the Mt. Everest climb. Some of Beckey’s temporary women friends are also interviewed and the audience is taken on some climbs in the mountains of China and North America.

Patagonia, whose founder Yvon Chouinard is featured in the film, has sponsored a North America-Europe-Japan tour of “Dirtbag.” It is also available on iTunes. 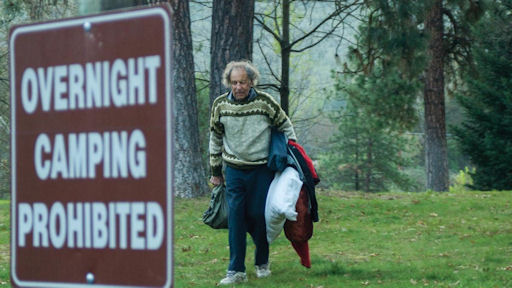