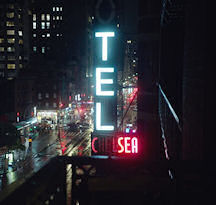 In 1883, work began on a new building in the Chelsea Neighborhood of Manhattan, New York City. Two years later, it was completed and, at the time, it was 12 stories, which made it the tallest building in the city. It was in the heart of the city’s theater district, and the owners planned a residential building, one of the first “cooperatives” in the city. But within a few years it went bankrupt and reopened as the Chelsea Hotel.

It still housed apartments, as well as guests, and so continued through many owners, many changes in the city and the artistic atmosphere of the neighborhood, until today.

“Dreaming Walls: Inside the Chelsea Hotel” looks at that history, the luminaries who lived, visited and worked in this 139-year-old historic property, and, most importantly, the remaining residents. The film opens with the words and film of a young Patti Smith on the roof of the Chelsea, looking out at the Empire State Building and saying she had to come to the Chelsea because her hero Dylan Thomas had lived there and she “always liked to be where the big guys were.” This is followed by the images of many luminaries associated with the hotel, projected on the red brick of one of its many chimneys.

These residents are an eclectic lot – to say the least. Most, but not all, are old, eccentric, and cantankerous. They had, at the time of the filming, endured nine years of extensive renovations by the owners, and offers to relocate, either within or outside the building.

One couple talk about the garden they had in their first apartment, including birds (a toucan is shown in some contemporary home movies). If you ever saw “They Might Be Giants,” you will recall a similar couple who had occupied their own penthouse garden for years. These real-life folks were still in the Chelsea, but no longer in such a grand place. Their love for and need for each other is apparent. Sadly, later in the film we see the wife alone, her husband having died during the making of the documentary.

This documentary is an affectionate portrayal of the hotel, its place in the bohemian milieu of early 20th century New York, and the histories of some of its remaining tenants. The writer/directors, Maya Duverdier and Amelie van Elmbt (“Headfirst”), delve into the time capsule that each human being is. They are aided by the large amount of film, video, and photographs that document some of these elderly folks in their youth and middle age. In addition, there is footage of long ago parties, and film shoots that took place within these “dreaming walls.”

Many, many luminaries have lived in or visited the Chelsea over its many decades: O. Henry (short story writer), Oscar Wilde (genius), Dylan Thomas (Irish poet, he died in residence), Virgil Thomson (composer, who also died in residence after living in the Chelsea for 50 years), Ethan Hawk (actor who made a film about the Chelsea residents in 2001), Patti Smith (poet, singer), Tennessee Williams (famed play-write), Stanley Kubrick (iconic director), Jim Morrison (legendary singer). The list goes on and on.

This is a wonderful documentary about a wonderful building and the wonderful people who lived, and who still live, withing the dreaming walls of the Chelsea Hotel.

The editing together of the many contemporary and archival elements is excellent, although at times confusing. Some onscreen notation would help. The music is evocative of entering a cloistered place – no jarring sounds allowed! The photography also deserves praise – well composed, focused and lit even within the cramped quarters of many of the apartments. Finally, the respect for the remaining tenants, their frailties and their eccentricities, is palpable.

Very highly recommended for any with even a smidgen of the bohemian in their souls. 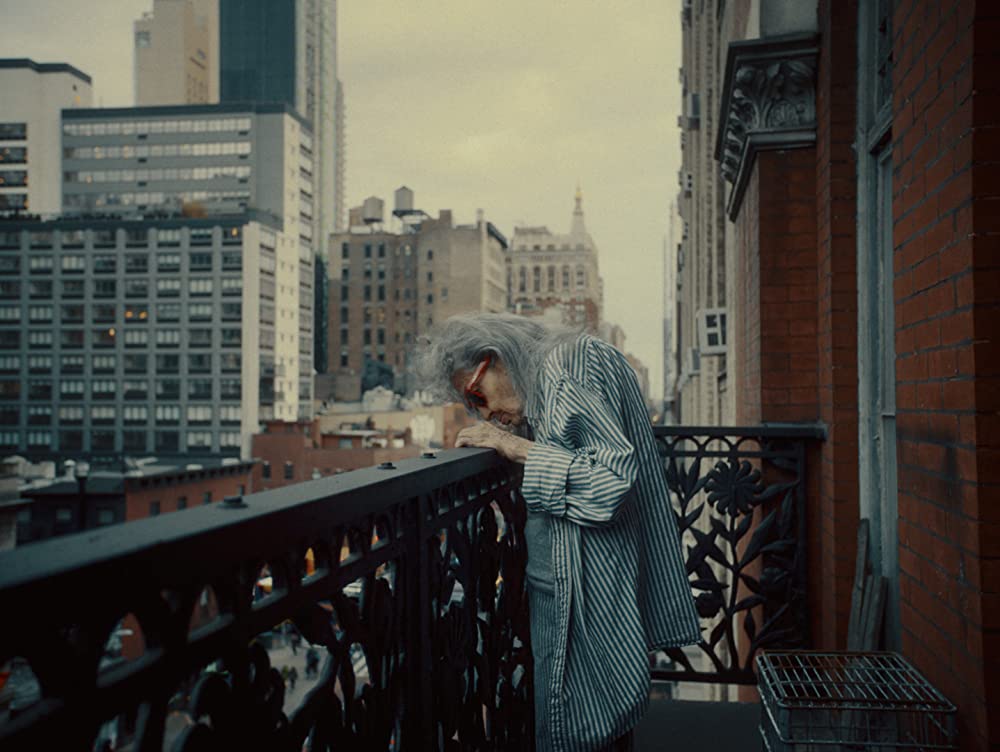