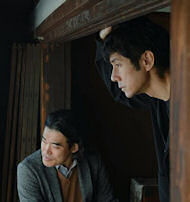 Up for an Oscar in two categories, best film and best international feature film in a foreign language, “Drive My Car” was also on Barack Obama’s list of Favorite Movies of 2021. On one level it is an intellectual’s film, with references to Anton Chekov and existential questions. On another it is a subtle examination of how to relate to one another.

Based on the short story, “Drive My Car,” by Haruki Murakami (published in Zoetrope’s Winter 2021/2022 issue), Yûsuke Kafuku and his wife, Oto, both celebrated Japanese actors, live a life where their conversation dialogue revolves around potential film scripts. At one point, she comes up with a storyline about a teenager who is involved in perverse and inappropriate activities. He adds lines and scenes as she goes on. Somehow we know that she is describing her situation in the world and in their relationship.

The Betrayal
So it is not shocking that when Yûsuke’s flight is canceled he returns home to see his wife having sex with a young man in their living room. He watches. If she would just look up she’d see him. Then he quietly leaves his apartment and stays somewhere else until his rescheduled flight.

The Tragedy
Some time before they lost their daughter to an illness. He remarks that they never really talked afterwards. He reflects that he doesn’t want to lose his wife so he doesn’t mention the loss or her infidelity, which it turns out has happened a few times before.

The Avoidance
He fears that talking to her about these things that have hit him like a sledge-hammer to the head would result in an irrevocable rift in their relationship. But he later realizes that not talking about them, not sharing his deepest grief, his deepest despair, with the woman he professes to love, keeps him from an opportunity for a deeper love with her and self-actualization for him.

Finally, Oto leaves a message that she wants to talk when he returns from work. Yûsuke delays his return home in fear of broaching the real issues of their life together. When he eventually arrives, Oto lies dead in the hallway.

The Chauffeur and the Last Lover
Some time later Yûsuke ends up with a job in Hiroshima, ironically a city once destroyed but later rebuilt in beauty, where he has been assigned a driver to chauffeur him using his own red (yellow in the short story) Saab. In this new situation, he meets his wife’s last lover, Koshi Takatsuki, and decides to make him a friend.

In Murakami’s short story he writes that Yûsuke “… regretted his failure to summon the resolve to question her before she passed about her affairs. He had been oh-so-close, and the remorse visited him frequently. He would have said, “What are you looking for in those other men?: What do you find lacking in me?”

The Regret
When something tragic or traumatic happens to us, or perhaps just when we perceive an insult or rejection, not confronting it, not talking about it, may estrange us not only from those we love but our own selves. Yûsuke regrets not talking to his wife about what mattered. In seeking out Takatsuki he seeks to discover what his wife desired as well as the essence of his core despair.

The Swedish Coupe
Coincidentally, in Hiroshima Yûsuke’s new job is to direct “Uncle Vanya,” a Chekov play where all the characters are consumed with lethargy, boredom, and regret over their unsatisfactory lives. This is also analogous to Yûsuke’s existential malaise and it seems the yellow Saab, that exclamatory Swedish coupe and its new driver, might be a key to some kind liberation or joy.

The Title
The title, “Drive My Car,” can be construed as either a submission of autonomy or abrogation of responsibility. It is a risk to entrust your life to someone else. Yielding that power or control over your life may be difficult. But through that submission, Yûsuke allows himself to be less self-controlled and therefore freer to be himself, which, as an actor, is a compartmentalized luxury.

The Lesson
“Drive My Car” is simply an instructive work on relationships. If you can’t talk to the one you love about your shared grief or betrayal, if you sublimate the crushing thoughts, what does that do to you and your relationship?

Repeated twice in Murakami’s short story is that Yûsuke’s success in being a character actor allows him to continually be “leaving who he was, for a brief time, then returning. But the self he returned to was never exactly the same as the self he’d left behind.”

The Film Evaluation
“Drive My Car” premiered in July, 2021 at Cannes where it won Best Screenplay, the FIPRESCI Prize and the Prize of the Ecumenical Jury. It also won Best Foreign Language Film at the 79th Golden Globe Awards and, in my opinion, should be the second foreign film to win the Oscar for best film. 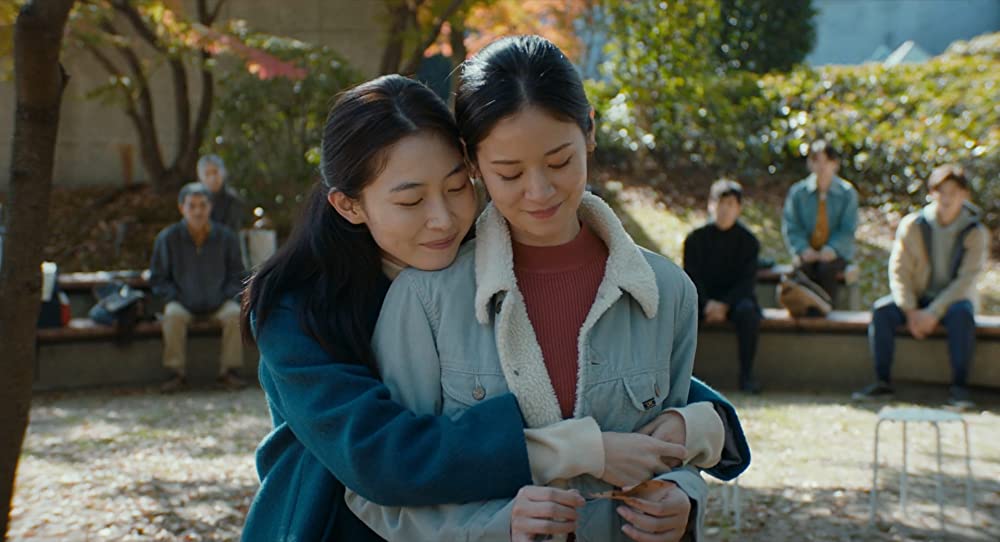