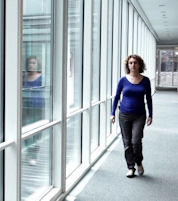 Faking works of art is a timeless tradition. Michelangelo is said to have faked a sculpture in the 15th century, making the work himself and then burying it to make it look older and fabricated by a presumably more esteemed artist. The buyer was so impressed with the exposed fake he paid the artist for his time and declined to press charges. A much better outcome for the starving sculptor than being a galley slave for the rest of his life.

Such is one of the remarkable aspects of art forgery. Like the perpetrators of other expert forgeries, the forgers are usually so good at what they do that it is amazing they did not make a good living being honest. The problem is that honest artists, even exceptionally good ones, make poor livings. Their works appreciate in value substantially after they die, no good deed going unpunished.

Filmmaker Daria Price recounts the final days and subsequent court hearing of the venerable Knoedler gallery in New York City and its buying and selling of the now notorious Herbert Collection. Chinese artist Pei-Shen Qian created some 60 Abstract Expressionist works in the style of Jackson Pollock, Mark Rothko, Robert Motherwell and others. A deviously gifted team worked to produce works that accurately mimicked everything about the real authors’ works, the frames, canvas, paint, even the frame nails were salvaged from other paintings of the same period and re-applied to the fake works.

There is much more to this fascination story than is in the movie. Before seeing this one, read a copy of Anthony Amore’s “The Art of the Con.” Chapter two deals with this particular scam, covering the story up until the publishing of the book in 2015. The film concentrates more on the court proceedings, recounting court records and providing sparkling interviews with lawyers representing all sides.

The film’s hook is that the public probably will never know the real intentions of Ann Freedman, the president of the gallery, or of the owner Michael Armand Hammer. Everybody in the chain of the con retains a degree of plausible denial. The artist himself maintains he never had any idea his fakes were being represented as the real thing. Amazingly, the courts agreed. There was almost zero jail time levied after agreed upon damages were assessed. Let the dead bury the dead, and the rich live to con each other.

The elephant in the room is that this feigned ignorance of the faked art extends to the buyers as well. If a fake is as good as the original, and its purchase from an esteemed gallery nearly two hundred years old verifies its legitimacy, who at what cocktail party is not going to be impressed? If the owner so wants to believe that the author is really the person whose name appears on the painting that they overlook the obvious, who can disagree with them?

The imagination runs wild. So wild that it is not too far fetched to imagine fake art works going back a thousand years, the starving artists of centuries past faking works of their more famous contemporaries or their predecessors, works that have now become legitimate beyond question simply by virtue of the passage of time.

Just as beauty is in the eye of the beholder, it turns out that reality is, too. 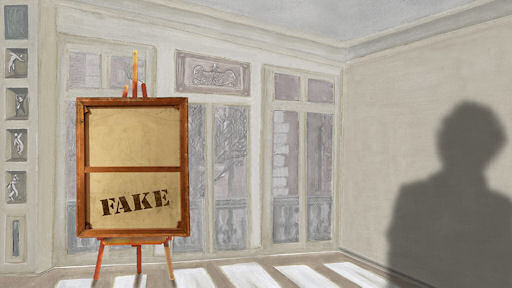