Writer/director Cutter Hodierne took home the Dramatic Directing Award at the 2014 Sundance Festival for “Fishing Without Nets,” a gutsy inside look at desperation, despair and deliverance. Inevitably, comparisons will be made to Paul Greengrass’ 2013 “Captain Phillips” box office bonanza. In some ways this film is even better in that it focuses on the pirates and puts the crew in the background. In the end, there is no miracle killing as in “Phillips,” and the story is definitely not wrapped up in a neat package. Through an interesting twist, it is not clear that either side has won. 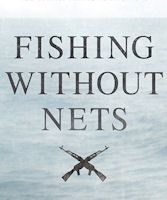 The film could have been made better by telling more of the story of why the Somali pirates came to be armed robbers in the first place. There is an important political tale to be told that is not fleshed out in this film. The lead in the film is Abdiwali Farrah (Abdi or “China Boy”) and he carries the film through most of the scenes. Not only is he forced into high stakes piracy, he has sent his wife and child out of the country illegally and they are being held for payment by ruthless smugglers. So the clock is ticking for him, loudly and rapidly, lest his wife be sold into slavery to the worst of men.

Hodierne shot the film is East Africa and he used mostly Kenyan actors of Somali descent. Although the plot has its slow periods and the acting is far from first rate, there is immediacy and candidness to the acting and directing that only comes from unvarnished performances by people who know the score.

The boats in the movie might well have been actual fishing craft used off the East African coast. They are short, unstreamlined, ugly and appear to be held together mostly by the few chips of paint remaining attached to the wood. The pirates are armed to the teeth by a professional warlord that has boxes of assault rifles and ammunition that would be the envy of any terrorist organization.

When the attacking fishing boat is spotted, the captain of the ship does not even consider defense. Although this is less exciting than the fire hose ruse used in “Captain Phillips,” it is probably more realistic. There is no way of knowing how many mortars, RPGs or other lethal weapons the pirates can bring to bear on the defenseless ship. The crew relies on the French vessel’s owners (presumably far away and safe in France) to pay the ransom. As the story unfolds, the ransom is delayed without explanation or negotiation. After the initial looting of the ship by the starving and impoverished pirates, the stress builds from steamy, sweat soaked, hopeless day to hopeless day.

As happens in many kidnappings, when the pressure runs out of control, the plunderers turn on themselves. The lives of the hostages seem to fall further and further beyond the point of redemption.

Considerable pressure is built up using this device, which comes off as being much more real world than a special forces team being airlifted in for a surgical set of precision killings. The ultimately feckless and powerless pirates are dealing with a heartless, impersonal corporation that is much more concerned about money than about the lives of any of those involved.

For most part gritty truth, the film sometimes falls back on the stereotypical. In a rare moment of dark humor, the pirates chew such unbelievable quantities of khat that the boss complains about the expense. Perhaps a pirates’ union in the offing? Then they move on to huffing gasoline. If the screenplay does not develop either personalities or motivations as much as possible, it does a great job of getting into the minds of terrorized and helpless people, on both sides of the fence.

Director Hodierne won the Jury Prize in Short Filmmaking at the 2012 Sundance with the predecessor to this feature length version. For a first time filmmaker using mostly first time actors, he has done a great job. One hopes to see more of his work in the future. 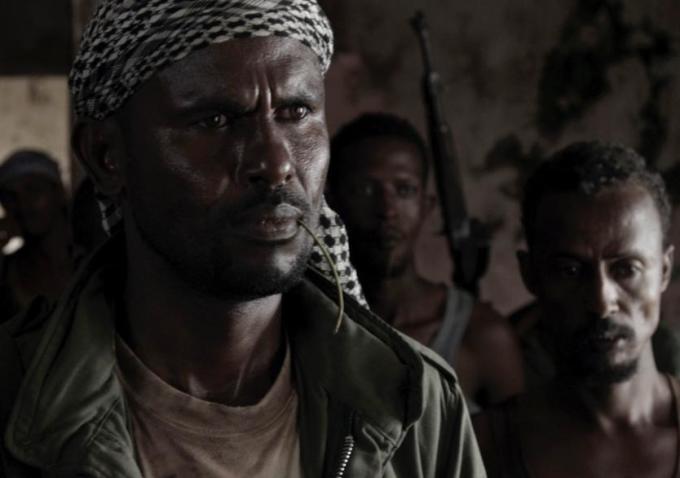