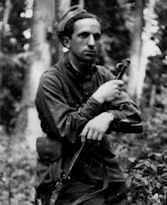 On Sept. 1, 1939, Adolph Hitler’s Nazi Germany invaded Poland, triggering World War II. The Nazis had been oppressing various peoples, especially Jews, within Germany since 1933. Now, as they drove through Poland and into other nations, the mass roundup and subsequent slaughter of millions began. History records that, for the most part, these people were unable to fight back against their oppressors. However, some were.

In Poland and eastern Europe, 25,000 Jewish partisans fought a guerrilla war against the Nazi invaders, fighting from strongholds in the forests of that region for four long years. “Four Winters” is the story of that resistance.

Writer/Director Julia Mintz (“Mr. Soul!), tells the story through the reminiscences of 10 survivors. These 10, both men and women, were teenagers at the time, and many escaped capture while the rest of their families and friends, loved ones and associates, were brutally murdered in their own communities or transported by rail to the death camps.

The tales they tell, from their initial escape from capture, their harrowing times in the forest until they met other groups, their gradual acquisition of arms, and their brave attacks on Nazi personnel and installations, are both uplifting and horrifying. Many of the dehumanizing cruelties of war are described, including the killing of captured soldiers, and the murders of collaborators. As one of the surviving partisans describes it: They (the enemy) were animals, and we became animals too. It was the only way to survive.

In addition to the filmed interviews, numerous photos from the period, including their much younger selves, and archival footage used to illustrate their stories, make for a gripping narrative of one of the lesser known aspects of this world-rending period. The history of this human disaster is incomplete without their tales of human resilience and resistance.

Music, including the closing credits with Leonard Cohen singing his “Dance Me to the End of Love,” is used carefully to evoke the humanity or the depravity of each scene. Editing is excellent, with its assembly of thousands of elements.

This is an excellent documentary, although viewers should be aware some descriptions and some archival footage depicts the brutal slaughter of real human beings. 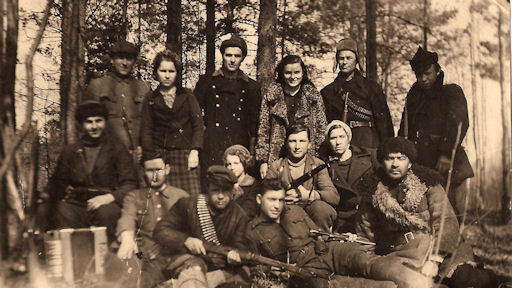