Review: From the Hood to the Holler 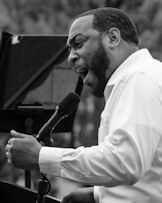 An irrepressible politician from Kentucky has got the fire and passion of a break-through progressive politician in a fiery red state. He’s opening the eyes of frustrated voters from his Louisville neighborhood all the way to the poor little towns in the hill country. In Kentucky, these places are called the holler.

Initially elected to the Kentucky state legislature, Charles Booker speaks up for bill after bill that would help the poor people of Kentucky, but the bills are voted down by the 75% Republican chamber. He tells his fellow legislators, “We are not God. We can’t be God … we are ignoring the women in this conversation every single dog-gone time. I am explaining how bills like 150 would kill people.” The gavel strikes, “Your three minutes are up.” Then an older white Republican representative with vitriol in his expression and spittle from his mouth adds, “Sit down!”

This is the world Booker tried to affect. Finding his Black Democrat voice disrespected and making no impact in the state legislature, he decides to move on to greater heights. Because Kentucky law says he must resign his position in order to run for another office, he does, because he is fires up to challenge Mitch McConnell.

The problem is that former Marine fighter pilot Amy McGrath was already the Democrat’s favorite to challenge McConnell. Three months before the election, she had raised almost $30 million to Booker’s $317,000.

But this makes Booker, who has a law degree and a strong mother (who is an assistant pastor), even more passionate and determined. He’s out on the street with BLM protestors. He keeps people calm and intervenes with the police. Wherever he goes he appears to navigate the Black and White divide with sensitivity and success.

His call out to Kentucky is clear. What has McConnell done for you? He reminds them that they are in one of the poorest states in the union with the lowest quality of education and lowest access to health care.

Booker promises to fight for universal Medicare for all, criminal justice reform, a universal basic income, reparations and the Green New Deal. When he loses the primary to McGrath, he has a family meeting with the question, should he now run against Rand Paul?

Pat McGee is a film and TV director known for “character-driven stories that push to find a common ground.” His work has been touted as “gripping,” “humanistic” and “illuminating” by the LA Times and Variety. In “From the Hood to the Holler,” he captures a new political presence, similar to Martin Luther King, who may just have what it takes to change Kentucky, if not America. 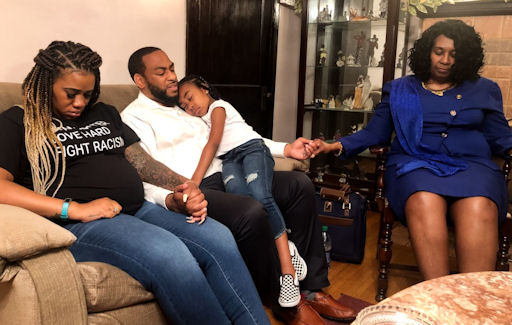