Review: Give Me Liberty 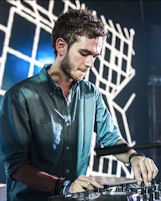 A road trip through the city of Milwaukee turns into a trip to the twilight zone. A van full of Russian immigrants is late for a funeral and a wheelchair-bound black woman has to be somewhere, fast. No time for questions, just run, run, run. Crashes and fights ensue as the rubber squeals and the troupe heads for the inevitable: a protest demonstration. Why can’t we just be friends?

The Milwaukee Liberty Express provides transportation for people with special needs. And, boy, are these needs special. Explanations are as scarce as rational thought as the bus careens through city streets. There is no time to think, just time to go. A fuel injected “Run, Lola, Run” takes a whole different look at liberty. The freedom to move becomes the mandate to move as the van travels to the darkest places in the city.

Loading Tracy’s wheelchair means the resolutely un-assimilated Russians must debark in a black neighborhood. “Do you realize how bad the neighborhood is?” “Forty years ago, we got out, just like the blacks,” but nobody really got out of anything. They just got more liberty, and now they are not so sure what to do with it.

Screening at this year’s BAMcinemaFest in Brooklyn, Kirill Mikhanovsky’s “Give Me Liberty” moves through time pressure to ethnic pressure to political pressure, through a drunken binge of a party and back again. Hapless driver Vic, pulling off miracles one after the other to get there on time is berated by his boss. His van is unaccounted for too often and for too long. Corporate America thinks something is happening, but it does not know what it is.

A rapid fire attack on the senses, the movie challenges us to demand rationality in the face of the irrational treatment of our marginalized society. Dima the boxer steals the candy that the diabetic needs, then mixes with the soprano vocalist while rappers move in and out of the scene and the location shifts to heavy metal rock. Bloodied but not out of the action, the passengers survive to travel another day.

Making a film that takes full advantage of the medium is as hard as it is risky. This movie distorts time to question misplaced priorities. It forces people to compare notes about the nature of freedom. Freedom to move, freedom to think. Physical mobility is contrasted with social mobility; hard work and in the end everyone ends up almost where they started.

The camera work is hand-held and the movement is unremitting. The changes are not shaky, they are smoothly jarring as the scenes switch between radical cultural extremes. Acceptance demands the full cooperation of the viewing audience and, so far, the audience has cooperated on this one. It remains to be seen if that same acceptance will be extended by a general audience. We will know that only when this film opens in theatres across the USA. Be there or, well, be nowhere. 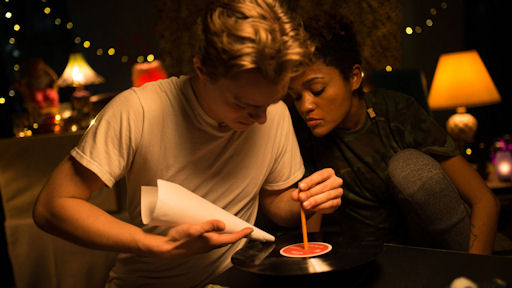