George Clooney does the heavy lifting in “Hail, Caesar!,” backed by an elite cast of sparkling supporting actors and perfect production. Shot in 35mm, the film is a remarkable throwback to the “glory years” of 1950s Hollywood when a star was really a star and the head of the studio was king. The Coens are able to capitalize on the overblown grandeur of the era, and how most of it has dimmed considerably over time, while firing a machine gun of snarky insults to the film establishment. 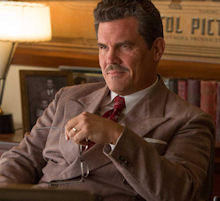 Clooney plays Baird Whitlock, the star of the movie within a movie “Hail, Caesar!.” Whitlock has every gleaming attribute and every dirty secret a film star should have. His personal life is on the rocks even though he is writing his own ticket in the richest profession in the world. In the midst of his finest hour, and perhaps his last hour before his complete self-destruction, he is kidnapped by a hilarious band of communists who want him to help them change the world.

The commies are headed by outlandishly gay dancer Burt Gurney (Channing Tatum) and are headquartered in his lavish Malibu mansion. Unfortunately, Tatum plays more of his character in “Magic Mike” than his stunning role in “Foxcatcher” but, after all, this is a farce and not a drama.

With such a stunning supporting cast, this film is in grave danger of wasting talent but the Coens pull the iron out of fire in this one. Even though some of the actors have almost no lines, their performances build a solid final product, although it is almost a joke that Frances McDormand gets one of the top credits while appearing in a dimly lit room with heavy makeup as film editor C. C. Calhoun for about two minutes’ screen time.

Josh Brolin has most of the screen time in a corker of a performance as Eddie Mannix, studio Guy-Friday, expeditor and fixer. Although the studio head appears only as a voice over the phone from New York, issuing only the most ludicrous orders imaginable, Mannix seems to be the actual head of the operation. He is conflicted, as are all of the characters in the movie. A huge local aerospace company with murky ties to cold war atomic weapons wants him to join them as their expeditor. He has to choose between making the world safe for Hollywood, or safe for cold war diplomacy.

The surprise of the movie is Alden Ehrenreich playing western film star Hobie Doyle. The Doyle character is the most complex and outrageously funny creation since Woody Harrelson played junior bartender Woody Boyd on “Cheers.” A relative newcomer in feature films, Ehrenreich has a huge future if his role in this flick is any indication. He plays what may be the toughest role of all, the role of an actor without a trace of acting talent. In doing so he imbues the screenplay with a disturbing naiveté with a barely hidden dark side.

The ultimate symbol of conflict, Tilda Swinton jumps out of the screen as gossip column sisters fighting each other, and the world, for the latest scandal. An excellent exposition on the glories and failures of film, this movie sparkles from the screen with an intensity that cannot be ignored. 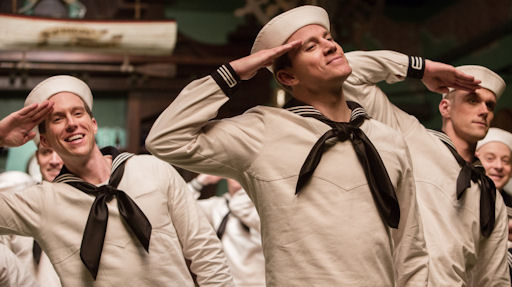