Review: Hunt for the Wilderpeople 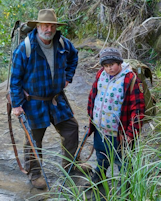 Based on the book by Barry Crump, “Wilderpeople” is a charming road trip through the spectacularly beautiful New Zealand back country. Although respect for the land and animals is in every frame of the movie, the film makers keep the two leads solidly up front.

Waititi rescues Sam Neill from the “Jurassic Park” franchise and concocts a wonderful screen chemistry with Dennison. Having said that, the real success story in this movie is the acting by the 13-year-old Dennison. Neill is able to morph his great relationship with the child actors in “Jurassic Park” into a grumpy mentor buddyship with Dennison. Although the first half of the film depicts each as a juvenile delinquent, by the last half of the story they are both blooming into adults. The screenplay is a coming of age story, of sorts, but the best part is that both the adult and the child come of age. Juxtaposed against the power backdrop of nature, this works well.

The film begins with a funny introduction to Aunt Bella, played to the hilt by Rima Te Wiata, that is over much too quickly. Matronly and jolly from start to finish Wiata brings a back-country Tugboat Annie charisma to what otherwise would just be another goofy woman. She beams at everything and everyone, even when she has just finished killing a wild boar with a hunting knife.

At the same time, we are introduced to social worker Paula (Rachel House) and police office Andy (Oscar Kightley). These two form an ongoing joke throughout the movie, with some great throwaway jabs at New Zealand’s child welfare system well as at its constabulary. Waititi is definitely on the side of the people in this flick, as opposed to the government bureaucrats. Although the characters are cartoonish, they form an important part of the overall supporting cast of eccentrics. The three sketchy drifters fall into the same category. Although the film probably could have done just as well without the “Home Alone” crew, they represent nature’s bad side. The human embodiment of the wild boars, only less attractive.

Waititi reunites with Rhys Darby after his hilarious performance as Anton in “What We Do in the Shadows,” casting Darby as the clownish Psycho Sam. Another supporting role that is as much cartoon as character, Darby fills out the supporting cast in the making of this wild tale.

The movie includes a great musical soundtrack from past Waititi collaborators Lukasz Pawel Buda, Samuel Scott and Conrad Wedde. Stunning cinematography by Lachlan Milne brings out the luscious beauty of New Zealand. In films shot in beautiful places, the location threatens to overshadow the acting. This movie’s pacing and framing emphasize the strength and beauty of the environment’s natural course while keeping the characters in the forefront.

A feel good movie suitable for the entire family. 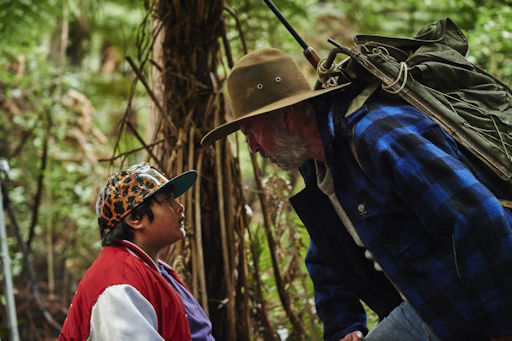