Review: I Dream of a Psychopomp 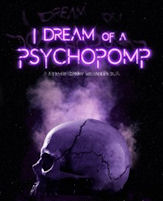 “I Dream of a Psychopomp” is a TERRIBLE title for a movie.

First of all, what is a “psychopomp”? According to the Oxford Languages:

1. (in Greek mythology) a guide of souls to the place of the dead.
the spiritual guide of a living person’s soul.
“a psychopomp figure who stays by her and walks in her dreams”

Some well know psychopomps are the ancient Egyptian god Anubis, the Hindu deity Yama, the Greek ferryman Charon, the Roman god Mercury, the Norse Valkyries, and more. One might even consider Clarence, the guardian angel who guided George Bailey through his existential crisis in the movie “It’s a Wonderful Life” to be a sort of psychopomp.

All kidding aside (for the moment) this is a serious film about sudden death, survivor guilt, and the need to resolve both, psycho…logically and spiritually.

It begins at the scene of a car crash. A woman’s body lies in front of the car, while a man crawls out from the driver’s seat.

Then we are at the funeral home. The man from the accident, Kerry (Elohim Peña – “In an Instant”), the husband of the (dead) woman, Evelyn (Kulani Kai – “Mary”), cannot bring himself to attend the viewing until everyone has left. When he goes in to see and touch her one last time he hears her say “Stay”. The scene switches to an ethereal plane where Evelyn is surrounded by a vague mist. In the distance she sees a hooded figure with makeup unfortunately reminiscent of Gene Simmons’ (the vampire of the rock band KISS). Naturally she screams. Immediately we are back in the funeral home where Kerry can hear his late wife scream and scream. The funeral director, Charles (Steven Alonte – “The Cathedral”), comes to comfort Kerry and offers support, but Kerry resists.

This sets up a series of encounters between Kerry, the spirit of Evelyn, the hooded psychopomp, and three tales of death and resolution. While all three set pieces are excellent in execution, the third is too far out to fit into the logic of the first two. That disappoints and detracts from the overall impact of the
film.

Another irritating element is the frequent jump cuts or jump to black. Fades are relatively rare. My urge to use “fade to black” as a descriptor might be considered inappropriate in describing a film about death.

On the positive side, the acting is very good, especially Peter Knox (“Neptune”) who has to portray the foul character, Carl. The music is excellent and avoids the cheap selections and poor mixing so common in low budget efforts. The production is run on a shoestring budget, but the director/producer/writer/actor/editor/FX guy, Danny Villanueva Jr. (“Don’t Cry Papa”, “Jason Vorsneeze” – See? He has a sense of humor too.), definitely made the most of it. An Orson Welles he is not, but that’s a good thing. Orson started at the top and worked his way down. Now there was a guy who could have used a psychopomp! Villanueva has plenty of room for growth, and an interesting perspective on things. I wish him well in a rough business. 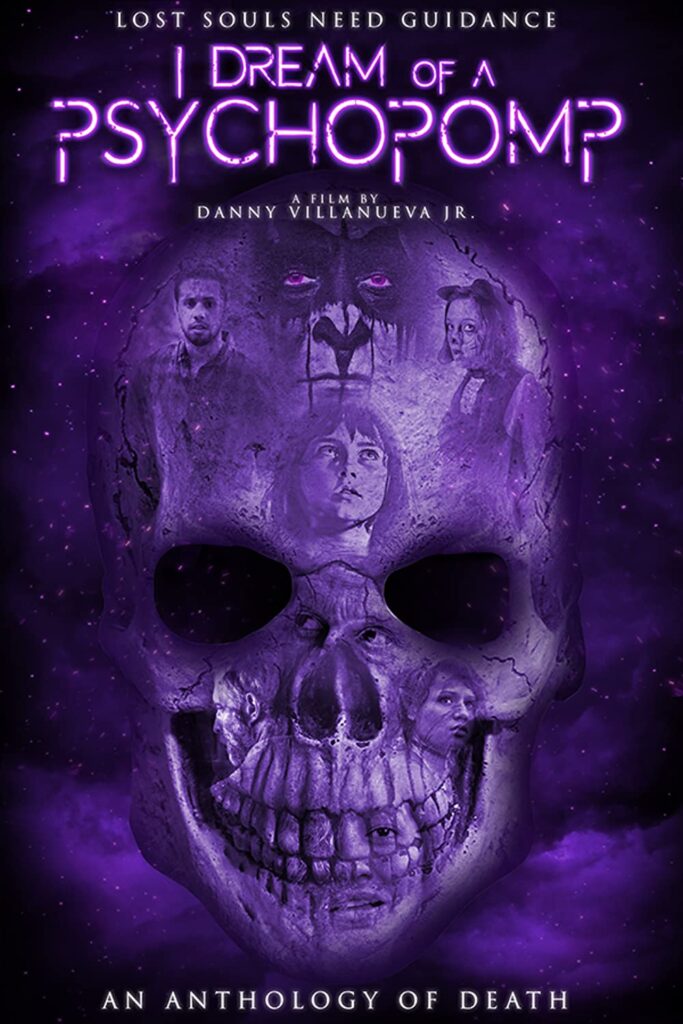 Notes:
• If you watch this film to the credits, and I hope you will, you will see what a personal, meaningful effort this film is.
• The funeral home featured in the film is in Kenosha, Wisconsin, where the film was made, and is reportedly only blocks from the boyhood home of Orson Welles himself. What a rich treasure of “what ifs” that presents.