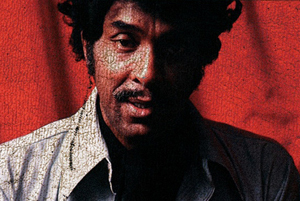 Robert Lee Maupin was born in Chicago in 1918 and grew up in the bowels of some of the worst ghettos in America. Several decades later, he was drinking at a bar when a man pulled a gun in anger and fired a shot. The shot was aimed at the man next to the gunslinger. It missed its intended target and went through the hat of Maupin, who was standing about six feet away. Maupin stood still, to the amazement of those around him, and did not flex a muscle. He was named “Iceberg Slim” on the spot and a legend was born.

Actually, Maupin may not have stood his ground out of courage, as much as surprise. After all, if the shot is fired and you have not been hit, there is no need to react. In any event, the name stuck. As it turned out, it was an accurate name. By the time Iceberg turned eighteen he had been subjected to mental and physical trauma that only a fraction of a percent of Americans can even imagine. He was thrown against a wall by his father at age three, watched his mother walk out on his decent stepfather and was sexually assaulted by his (female) baby sitter before he turned ten and had done serious jail time before being old enough to vote.

Therein lies the beauty of this film, the deep mental traits that turn a man into a pimp. The pimp is, at the same time, very smart and very injured. The general upshot of the film, which is very believable, is that pimping is one of the hardest jobs on earth. As one of narrators describes it, the pimp must make his women respect him and fear him and love him at the same time. This requires the patience of a saint, nerves of steel and a tolerance of brutality that denies human feeling altogether.

This particular combination of traits is only found in a man who has suffered greatly at the hands of his mother but still would give his life for her love. It is not sufficient for the man to hate a mother he barely knew. Nor is it sufficient to have disliked a loyal mother who was, perhaps, overbearing or even greedy. This takes a boy who deeply loves a mother who abandons him to a child rapist and who walks out on a loving husband and father to run away with a psychopathic grifter. 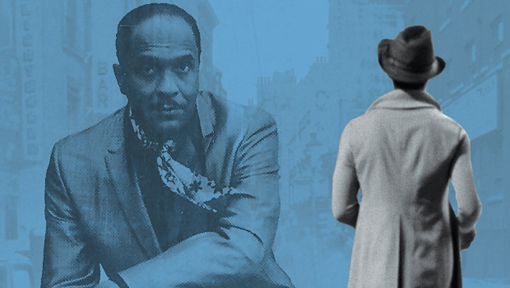 Granted, the insights gained through the telling of this harsh story make the film worth the price of admission. It is good this is so, because after those first thirty minutes or so, the movie seems to wind down into ever more familiar and dreary territory. It is the history of ghetto America in the early 1900s that makes this film, combined with the psychological birthing of the masters of control of the twentieth century, a genuine, astounding eye opener. After Iceberg turns his back on crime, takes the last name of his latter stepfather Beck and starts writing books, events turn much too normal and middle class to be overwhelmingly entertaining.

There are multiple interviews with his former wives and his children, set within the context of quotes from various of his many books (mostly the first several). As time goes on, the film departs from the pimp expose’ completely and turns into a starving author expose.

All or most of Beck’s books were published by a paperback publishing house by the name of Holloway House. The key to survival for firms like Holloway seems to be gambling on twenty losing writers for every one success, and paying none of them anything. The film recounts upfront payments of $1500 for books that eventually were translated into eight or more languages and sold untold millions of copies. Royalties were not computed, but were, instead, based on the estimated lowest amounts of money that the isolated, unknowledgeable, literally starving and frequently addicted and in ill health, authors would believe. There were no legitimate records kept and, apparently, few, if any authors, ever successfully took Holloway to court. Amazingly enough, the publisher cooperated fully with the making of the film, claiming no wrongdoing. Although no proof of substantial royalty payments accompanied the claims of the publisher’s innocence.

This would have been a better film if it has stayed with the fundamental issues that make a man turn to pimping, the injustices done to American sex workers in the first half of the twentieth century and the current state of affairs. Are sex workers better off now than fifty years ago? Do we still have pimps? If so, where and how many? The film needed to go further into the investigative side instead of simply taking a superficial walk down memory lane. In any event, the great soundtrack combined with gritty footage makes this film worth seeing. 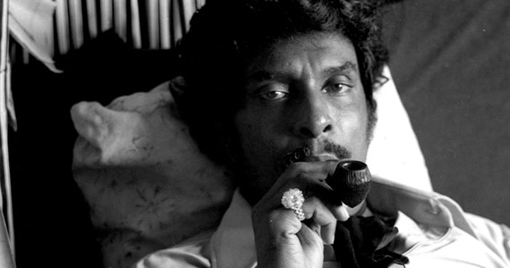