Unlike most films, “Instructions Not Included” is a movie screening I came across where I had no idea what the movie was about or even who the lead actor was. I was going to pass on this movie because it was something that didn’t catch my eye, and I really became discouraged after I found out it was in Spanish with English subtitles.

However, going to “Instructions Not Included” was one of the best movie choices I made this year, as this film was much more than I expected.

There are few things in one’s life that can cause them to change their abrupt lifestyles. Children have to be the biggest life-changer in the world because they give your life meaning and give you something for which to live. Unfortunately, this becomes too much for some people to handle and they continue their old lifestyle and, sadly, in the end the child suffers the most.

“Instructions Not Included” paints a different image for us as a man learns about the meaning of life through a daughter who was left on his doorstep all because her mother needed $10 to pay a taxi. Sometimes, $10 can be the greatest investment ever.

Eugenio Derbez stars as Valentín, a man who wants nothing to do with a daughter who was abandoned by his old fling. Valentín sets up to find his old fling in Los Angeles, even though he does not speak any English. The more time Valentín spends with Maggie, the more she attaches onto him like a parasite. Valentín raises young Maggie in Los Angeles, working as a stuntman to provide for her, but his world changes when Maggie’s birth mother resurfaces after seven years. 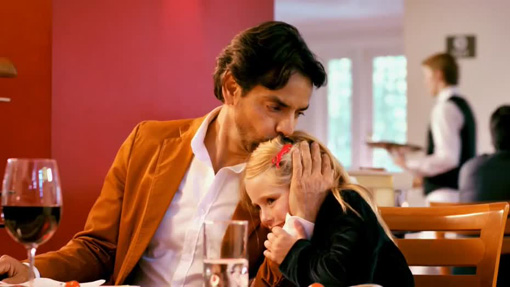 “Instructions Not Included” is unique because it shows us the struggles a man goes through as a single parent, and very rarely does a film paint the mother as the bad parent. This unique outlook makes it easy to understand Valentín, as great films have characters to whom every member of the audience can relate. Valentín speaks no English at all – thus the film is in Spanish most of time – but the language barrier faced by Valentín was excellent because it shows how determined he was to provide for Maggie in the United States. It all builds to one of the best climaxes I have ever seen in a film.

Derbez does an excellent job wearing two hats in this film as he is also the director of “Instructions not included,” which has all components of a great film with a great message overall. “Instructions Not Included” will leave you in tears as the ending is heart-breaking and you finally understand why Derbez was so willing to fight for his daughter. The acting in this film was done well by each actor and the chemistry between Maggie (Loreto Peralta) and Derbez was quite natural.

“Instructions Not Included” is a must-see film. It hits on all cylinders and will leave a lasting impression on you, just like “Fruitvale Station” and “42” did earlier this year.

Now in theaters, “Instructions Not Included” is my favorite film of the year by far. 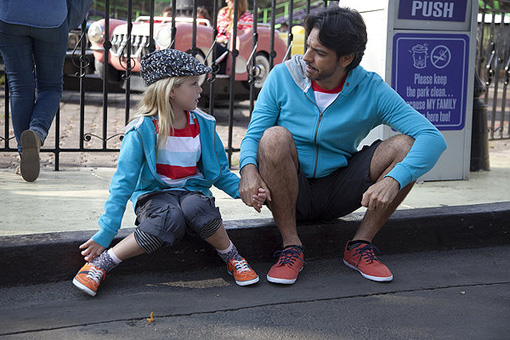