Review: Island of the Hungry Ghosts

Tiny Christmas Island, Australia, may be the world’s most beautiful and mystical place. At least, the most beautiful place in which you would never want to live. The sea pounds its jagged, rocky shoreline whistling, wheezing and sometimes screaming through blowholes millions of years old. One of the last discovered places on earth, it apparently claims no original inhabitants. Nature is its inhabitant and she controls everything. The very sounds assault the human senses. 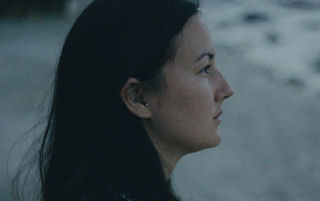 It is the essence of the forbidden desert island, the kind of place pirate criminals are marooned to die, slowly losing their minds to loneliness. In place of people there are migrating crabs. In waves, sometimes only a few feet apart, the creatures make a seasonal migration to the sea from the island’s inner recesses, as if each were a hungry soul seeking to escape. The migration is by far the largest movement. It mocks human purpose.

Set in this seemingly inhuman habitat is a high-security detention center, walls of concertina wire and concrete peeking through the jungle. Technically, it is a holding facility to house illegal immigrants while they are cleared for entry or processed for deportation. In reality, thousands of asylum seekers are locked up, perhaps forever, with no contact, no civil rights and little or no hope.

Once they are interred, their only connection to the outside world is trauma counselor Poh Lin Lee, who lives on the island with her husband and two children. Her job is to maintain as much sanity amongst the inmates as possible, while the authorities define new ways of telling them no. As the residents slowly go insane from despair and hopelessness, Poh Lin feels herself also dropping into the primeval abyss.

The scene shifts from violent surf blowholes, to masses of slowly moving crabs to the never-ending counseling sessions. The eternity of the crabs’ movement, seemingly to nowhere, mirrors the pointless shifting back and forth of the fate of the asylum seekers. There is no more an end to it than there is an end to the wind, the waves and the ancient creatures.

Amid this quiet desperation, local Buddhists carry out their “hungry ghost” rituals. Pyres are lighted and fed with rice to sustain the spirits of those doomed to wander the barren rock looking for salvation. The people feel the depressive energy emanating from the camp, even though nobody is allowed in or out. Journalists and photographers have long since been barred from inside the wire, but the spirits, like the crabs, seep through every crack in the otherwise impenetrable forest. Poh Lin Lee and her family roam the island, in places, the most beautiful place in the world. Then, as the crabs keep their glacially slow appointment with destiny, she must return to the bottomless loneliness and despair that is her job.

Filmmaker Gabrielle Brady and therapist Poh Lin Lee met while both were working in Mongolia. Gabrielle was working on a film in Jakarta when Poh invited her to Christmas Island. Brady could not resist the strange juxtaposition of Buddhist ritual, secret government imprisonment and primeval animal presence. With the environment constantly under worldwide attack, this is one place nature is winning.