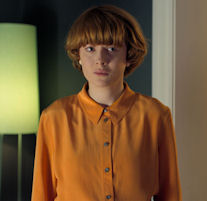 “Flowers for Algernon” meets “Alien” is this cautionary sci-fi romp through the risky world of bio-engineering. Single mom Alice is struggling to keep up with the emotions, and intelligence, of her teen son Joe, whose demands of her time and affection compete with her drive and ambition as the alpha botanist for a miracle flower. Not only does the flower look pretty, it makes people feel good. Its scent and pollen stimulate oxytocin, the powerful “motherhood hormone” that fuels mother-child bonding at birth, social bonding in general and sex drive.

Raising the bar a quantum leap over the “Andromeda Strain” trope, the subject flower makes that death organism look like an amateur. Big mistake to kill the carrier. Better to keep the vector alive, and better still if the transport mechanism is not even aware the bio-organism exists. Even so, there is always a downside somewhere. The humans involved will be changed, even if the change is subtle. Dogs and children will be the first to go.

The mark of the best sci-fi movies is the absence of violence, blood and special effects. Writer/director Jessica Hausner (co-written with Géraldine Bajard) plays this to perfection. Most of the soundtrack is silence, forcing the viewer to dwell on the terrifying alien nature of the plants as they grow quietly in the antiseptic, whited-out atmosphere of the lab. Turning the usual gory gimmicks and zombie affectations on their heads, the people in the lab do not get worse and they get sicker, they get better. Good, better, too good.

Director Hausner reunites with multiple Austrian Film Award winning cinematographer Martin Gschlacht to construct a gauzy world of interlocking semi-transparent planes. The rectilinear framework of the lab/greenhouse is made to look high tech and woefully inadequate at the same time. Lights glare from without and Alice is framed in multiple stages of comprehension and apprehension.

As in “Alien” there is the Final Girl. In this movie, even better, there are two Final Girls. Bella (Kerry Fox) is the first and Alice is the second. The filmmakers turn the screws on the tension as Bella’s dog, the greenhouse mascot, becomes terminally “not himself.” The three men in the lab are ciphers, control subjects that create a background of change of which they are happily unaware. This resonates nicely with the focal drug and the resultant “motherhood hormone.” The women get it, but for the men oxytocin may as well be oxycontin.

As things get worse, people get happier. It will be down to the Final Girl. Sigourney Weaver did it in “Alien.” Will Emily Beecham do it now? 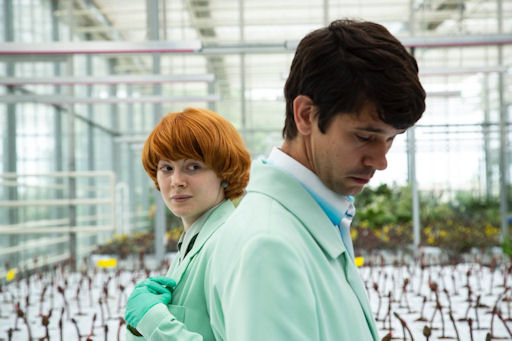