Ben Affleck gave this one a good shot. He directed the movie, wrote the screenplay (based on the novel by Dennis Lehane) and played the lead role. Two out of three is not bad, but as gangster Joe Coughlin, he is not James Caan’s Sonny Corleone. 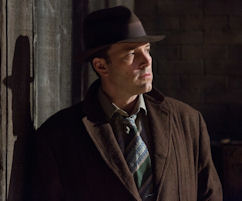 Nor is he trying to be. Coughlin is an unwilling gangster, forced to do the wrong thing because a mob kingpin disappeared his girl (played by a dressed-to-the-nines Sienna Miller). Is that the right thing, or the wrong thing? Hard to say, but either Affleck plays and writes Coughlin as good, or plays and writes him as bad. It is almost impossible to do both. Unless you are Humphrey Bogart in “Casablanca” — and those are hard shoes to fill.

The action starts off shaky with unrealistic car chases, tinny-sounding machine gun bullets and abundant bullet holes. The pace picks up in the last half of the movie, when the cast and crew seem to find their pace and give editor William Goldenberg (Oscar for editing “Argo”) a run for his money. But it is not enough to lift the final product above the routine.

The setting — Prohibition-era Florida — is a great idea. This is a new look at bootlegging, complete with those marvelous cars, raucous Latin dancing and romantic nights on the Caribbean. Oscar-winning set decorator Nancy Haigh resurrects her chops from “Bugsy” and re-creates the simmering hot nights of the swells who had the world at their feet. Three-time Oscar-nominated costumer Jacqueline West outfits Coughlin and his crew like they just came out of the Ritz Miami (if there had been a Ritz Miami). Then, three-time Oscar-winning cinematographer Robert Richardson moves in and the rest is history. You are there, sweating in your seat in the hot, humid, delicious Florida Keys.

Then Coughlin has a brain storm. Prohibition will be over soon and legalized gambling could be the gold mine that replaced the bathtub gin gusher. But all too soon we are back to “The Godfather” and Warren Beatty’s “Bugsy,” and Affleck is not up to the task.

Bright spots include Elle Fanning in a knockout role as Loretta Figgis, strait-laced Chief Figgis’ innocent but all-to-sexy daughter who gets into big-time trouble in nasty Los Angeles. In the best performance of the movie, Chris Cooper plays the tough and morally grounded Figgis. He starts off on the high ground, marginally cooperating with the recognized presence of organized crime. But he is destined to break as Coughlin rolls with the punches.

The soundtrack also tries to be of the “Godfather” genre, but ends up sounding like a never-ending funeral. First-rate production values back up the good character acting but there is little new added to the prohibition gangster genre. Second only to Cooper’s performance, Matthew Maher does a perfect job playing violently unstable Klansman RD Pruitt. Possible Oscar nod for Best Bald, Slavering Morphodite. Be there or be a Yankee. 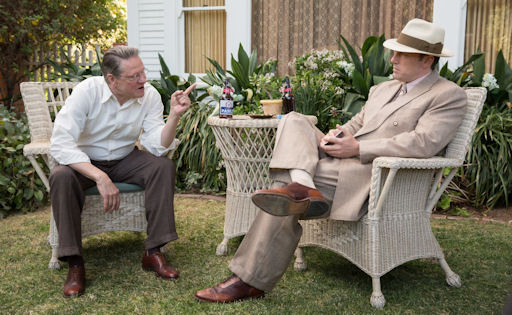