The trouble with getting even is that once you get started, it can be hard to stop. Haruka has plenty of reasons to get even, being bullied relentlessly by the bad girls at her new school. Appeals to the zombie like teachers go nowhere. After all, the school is closing after this last term, for creepy reasons left unsaid, but possibly due to an outbreak of zombie flu. Nobody wants to make trouble, better to just pretend everything is normal. If there happens to be a murderous arson followed by a couple dozen assorted beatings and deaths, nobody will notice. After all, they are just kids. 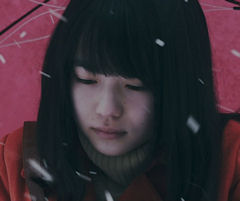 “Be patient” is the adult advice in director Eisuke Naito’s rough and tumble manga adaptation in its North American Premiere at the 17th New York Asian Film Festival, presented by The Film Society of Lincoln Center and Subway Cinema. Rensuke Oshikiri is the author of the original manga (comic format) story featuring the bullied girl who shakes the earth. Anna Yamada is spectacular playing the victim Haruka who suddenly morphs into a combination of Sissy Spacek’s Carrie and Robert Louis Stevenson’s Mr. Hyde.

Miako Tadano’s screenplay is well played, with a mild-mannered mixture of flashbacks that give a nicely disjointed jerkiness to the escalating tension. The first 30 minutes feature such exaggerated and unanswered brutishness as to be downright funny. The bad girls corner Haruka, push her around and eventually dump her into a pit with assorted trash. Later, the pit and trash are covered with snow, a fine layer of white that covers the dirt and presages a sort of global climate change. Haruka has gone from being the dormant liverleaf to the blossoming toxic plant.

Stolen shoes are one thing (the girls do everything but hang them from a telephone line), but burning down the family home and killing everybody inside (except little sister who spends the rest of the movie in a body bandage) is something else entirely. A wonderfully horrid flashback shows what happens when children play with fire and go insane. The snow falls and with it comes a moral implosion that not only effects the girls, but everybody else. The movie is not just about the girl, it is about an entire society that is victimized, lied to, imprisoned and brainwashed. In the last half of the film the entire cast of characters is turned upside down. The meek inherit the earth, including the ice picks, knives and clubs. Crossbows replace books and pencils. Noses are lost. Classes are cancelled due to snow.

Amongst the stereotyped alpha bully boys and girls, Rena Otsuka steals the show as both bullied and bully Rumi. Haruka’s only friend (other than male drone Mitsuru), Rumi is forced to betray her friendship to help the bad girls victimize Haruka. Her character is emblematic of the marvelous depth of the victimization in the screenplay. Not only do all the victims become perpetrators, and vice-versa, but what was gleefully justifiable homicide for Carrie and Rambo becomes just more torture for the tortured. 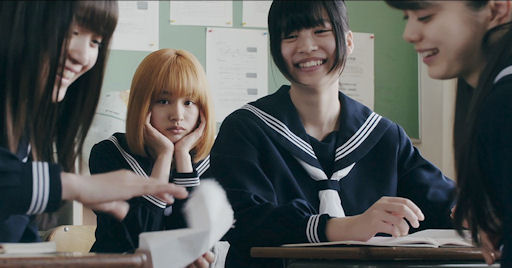