With a cast including Javier Bardem, Penélope Cruz and Peter Sarsgaard, this movie could have been better. Bardem fits the part very well, at least the psychopathic part. Seeing him in the classic “No Country for Old Men” will prove that in spades. As it turns out, despite his superb acting, he is not able to bring himself down to playing the shear brutality of the world’s most famous narco-terrorist. Bearing a remarkable physical similarity to the drug kingpin, he has what one imagines are the requisite skills of cold calculation. It is the dynamics, so powerful in, for example, Al Pacino’s “Scarface,” that are lacking. 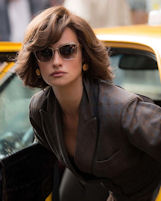 The tragedy of a wasted life plays second fiddle to the tempestuous love affair with TV hostess Virginia Vallejo. The story seems to be about a powerful, strong and ruthless man brought down by love, rather than a smart person who could have lived a great and honorable life brought down by the wealth of the cocaine trade. The USA is implicit in the truth of Escobar’s death, since that country paid tens of billions of dollars to him and his thugs in return for a multitude of cheap thrills, with the attendant ruined lives.

That is for another movie. In this story, the last ten years of the man’s life are compacted into what appears to be a year or two. He meets Virginia, they have a torrid love affair, then it is off to a cozy private suite in prison. He escapes and she is there when the police hunt him down. In 2007, the journalist published her memoir “Loving Pablo, Hating Escobar,” a tell all about the cocaine trade. This film was, apparently, based on that book. As one might expect, her role in his eventual demise may be over-stated.

Having said that, for fans of Bardem it is an entertaining movie. It is hard to make a real thriller when the ending is extensively published, but he adds a humanity and dimension to the criminal that is outstanding. The value added by the great actress Cruz is debatable. She probably portrays Vallejo accurately, but there may not be that much to tell.

Peter Sarsgaard’s role of American law enforcement agent Shepard is predictable enough, but for those who loved him in the beautiful “Shattered Glass,” where he played opposite Hayden Christensen’s world class psycho fantabulist Stephen Glass, his role in this movie is routine.

Spanish writer/director Fernando Leon de Aranoa imbues the film with thoughtfulness and grace, stopping short of exploiting the extreme violence that was part and parcel of Escobar’s life. He makes a valiant attempt at the truth of the gangster’s life, another soul lost to the trade in addiction that claimed so many. The story, told from Virginia Vallejo’s viewpoint, paints her as a victim as well. As the actual chronology would have it, she appears to have stayed clear, although it is impossible to see into her heart. Perhaps the book itself sheds more light. 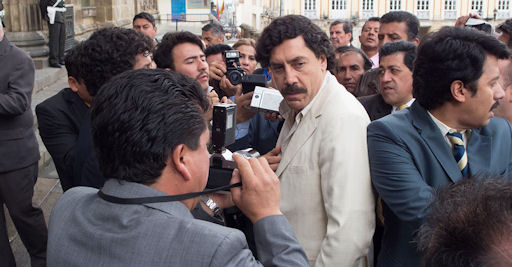