“I am the leader of the whole world. What would you like me to give you?” This true-life story of Nektarios of Aegin grabs attention from the start and soon spreads into your heart and soul like the incoming crash of a Mediterranean wave.

A showing of “Man of God” is a one-night only event on March 21 in 800 theaters across the United States. It’s worth the attempt to get a ticket.

The timing coincides with this season of Lent, which entails 40 days of reflection and repentance for Christians. For six weeks, Christians recall the life of Christ and ponder what it means to carry the cross of Jesus. At the end of Lent comes Easter and the resurrection of Christ and the hope that good will always rise.

The story of Nektarios, 1846-1920, is also the story of a man of God who carried the cross. Metaphorically, the cross is the suffering burden of humanity’s sins against itself. In Nektarios’s case, he was never told why he was cast out from his diocese and why he was forbidden to see his beloved father-like mentor, Patriarch Sophronios. Though he was loved by the people for his compassion and inspiration, he was frustratingly rejected by the hierarchy within the church.

Yelena Popovic’s researched script and rich production details the nefarious reasons behind why church leaders conspired to keep Nektarios from becoming the next patriarch of Egypt and all of Africa. Their slander and shunning of Nektorios has also been officially and regretfully acknowledged by the church in an apology dated Sept. 15, 1998.

Subjected to poverty, Nektarios eventually finds himself seated on a dirt street with a beggar, to whom he gives his shoes. Stripped of a diocese he works in a hospice, blessing the dying. As he is persecuted he recognizes that his closeness to God intensifies.

This epic film is sensitive, gentle, and understated, just like humble Nektarios, who bears the sins of others. At one point, while working at a school, Nektarios’s students enter his office squabbling, accusing each other of theft and name-calling. They have been brought to him to be punished. Nektarios feels he has failed his students and says, “I have no other choice but to punish myself.” He asks that food not be brought to him for three days. “Make amends with one another, otherwise I will make my punishment for myself for a longer time.”

Nektarios sees that power corrupts. Being “the leader of the whole world” ends up diminishing a closeness to all that is right and good and amplifies an incontrollable affinity for power, no matter the cost. He says, “The position of power is like a cancer. It eats at you slowly.” That he has systematically been refused power throughout his life gives him the sense of a blessing. Wherever he has walked, maligned by authority, miracles have occurred.

Originally distributed for just March 21, in some cities “Man of God,” a truly inspirational work of spiritual insight, will also be shown on March 28. If ticket sales are brisk, there is hope that a distributor will pick up this outstanding film for greater exposure. In my opinion, it is the first film of 2022 that should be considered as an Oscar contender. 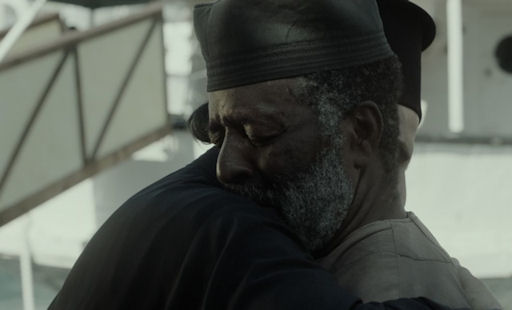