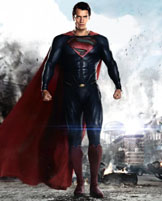 As is only fitting on his 75th Anniversary, Superman is back on the big screen in Zack Snyder’s “Man of Steel.” Being one of the very first, and still most iconic, superheroes of all time, there have been many incarnations of the hero in every form of media, from comics to radio shows, television programs, cartoon serials, full length feature films and more.

These have all explored the greatness of the character and shown him in many heroic situations, but one thing that has always plagued the character was how to make this nearly invincible man more relatable to the everyday person. Screenwriter David S. Goyer (co-writer of the “Dark Knight” trilogy) re-teams with Christopher Nolan to write a story that brings this alien being into our world in a real way and ground him with human relationships, moral dilemmas and his struggle to find where he belongs in this world and embrace his powers to become something greater and eventually the savior of planet Earth.

On the planet Krypton, a scientist named Jor-El (Russell Crowe) knows the planet is becoming unstable, and he is struggling to convince the ruling council to make drastic changes immediately. General Zod (Michael Shannon) stages a coup against the council to become the new supreme leader, during which he is defeated and, along with his soldiers, Zod is imprisoned in an alternate dimension called the Phantom Zone. Jor-El arrives home as soon as his wife Lara Lor-Van (Ayelet Zurer) has given birth to their son, Kal-El. In order to save him from the doomed fate of their planet, they put him in a ship bound for planet Earth.

Krypton implodes and the baby Kal-El lands on Earth, where he is found and raised by Jonathan (Kevin Costner) and Martha Kent (Diane Lane) in Smallville. Feeling different and exhibiting extraordinary powers, Clark Kent (Henry Cavill) becomes an outsider, but always finds a way to help people when he can using his abilities. Drifting from place to place searching for answers to his origins, Clark has become a heroic ghost, saving people from disasters and then disappearing. These actions have drawn the attention of a reporter, Lois Lane (Amy Adams), who begins to track the mysterious stranger. 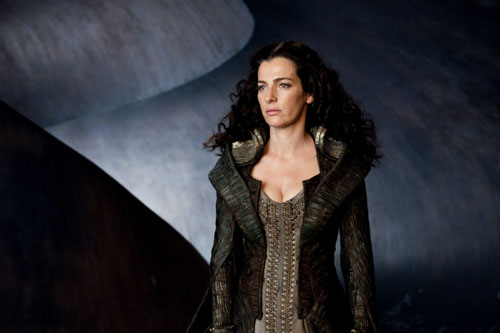 At this point, General Zod, his Lieutenant Faora-Ul (Antje Traue) and his followers descend upon Earth, threatening total annihilation unless Kal-El surrenders. Now, Clark must choose to fully embrace his destiny by showing himself to the world and defending the citizens of planet Earth against the greatest threat it has ever known. Will he make the choice to save us all and battle one of the most dangerous criminals Krypton ever knew?

This seems silly to say, but “Man of Steel” is the largest and most epic Superman film ever created, while simultaneously having some of the smallest and most intimate moments as well. How can that be you ask? Very early on in the process, it was decided that to bring this hero to a new generation there would be some changes made to humanize him and make him more relatable by grounding him in reality (so to speak).

While some of the scope of the actions scenes are larger than anything we have ever seen before, there are still quiet moments of reflection between Clark and his adopted Earth parents in Kansas that are genuine and earnest, which create the heart of this film. The final battle showdown between Zod and Superman literally tears the city of Metropolis apart in an instant. The addition of the 3D isn’t necessary at times, but then during the battles, the action is enhanced by it, bringing you up close to it and through falling debris you become a part of the action.

That being said, one of the film’s flaws is the final battle between Zod and Superman, which takes on a life of its own and becomes slightly out of sync with the rest of the film. The destruction wrought by these two ends very abruptly and is slightly jarring to the audience, as you have these two super powered beings throwing each other through buildings at breakneck speeds and in an instant it ends.

The acting in the film was first rate. Henry Cavill immersed himself in the role and all the hard work shows up onscreen. He delivers an amazing performance, worthy of being called one of the best representations of Superman we ever seen. Not only does he have the physical appearance and presence fundamental to the character, but also the heart and nobility of it as well.

Another performance I was impressed with was Russell Crowe as Jor-El. He is intertwined into the story more then we have ever previously seen and becomes an integral part of the entire movie. Amy Adams was fine in the role of Lois Lane, but it was hard to get fully invested in the budding romance between her and Henry Cavill as they don’t have as much screen time. Michael Shannon and Antje Traue were great as the villainous Zod and Faora-Ul, terrorizing and destroying everywhere they went. It is explained in the film why Zod is so determined and this helps bring a little bit off understanding to his character and his genocidal actions. 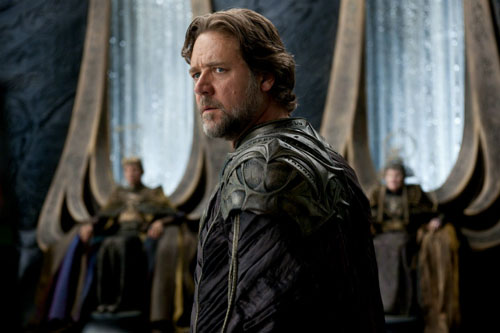 I also really enjoyed all the scenes with Kevin Costner and Diane Lane as the adoptive Earth parents Jonathan and Martha Kent, they were the ones who truly grounded Clark and made him more human. On the other hand, early everyone who is in Metropolis gets barely any exposition and those characters will have to be expounded upon in future installments.

One thing you should know going in is that the film is told in a non-linear order. This could be confusing for some as it jumps around, but this choice was a smart one in my opinion as it does away with the typical juxtaposition at the beginning, followed by the action all towards the end, and helps to spread the exciting battles throughout the entire film. Rarely does the film’s pace slow down for too long and this makes the film’s two hour and 20 minute running time fly by.

Many important themes are spread through “Man of Steel.” Superman is basically a man with two fathers, trying to figure out his place in the world and where he belongs. He has many hard choices to make and it is the morals instilled in him by his Earth parents — along with some advice from his birth father — that help to shape him into who he must be, embracing his potential and the sacrifices he must make to be a true hero.

Just as there have always been, there are many Christ comparisons, one being very forward and direct, having Clark seek advice from a priest in a cathedral. I found other major comparisons in the movie to films like “The Matrix,” “John Carter,” “Dune” and many more. They mostly come from the design of the Kryptonian technology all the way to how the film is edited. I will say that shooting a majority of a major blockbuster like this typically isn’t done using a handheld camera, but the effect you get really lends itself to the intimate moments. It is bold choices like this that really make the film stand out from a normal superhero film.

“Man of Steel” is a tent pole film for Warner Bros. and DC entertainment that they are hoping will become a success and open the door for more characters to get big screen adaptations and eventually down the road a “Justice League” film franchise, which they hope will rival Marvel’s “Avengers.” I’m not sure if or when this could happen, but I am open to it.

All in all, the movie was enjoyable and action packed. There were problems here and there, but nothing I couldn’t get through to sit back and try to take it all in. Zack Snyder and Warner Bros. have made some very bold choices in altering or adding to the already massive knowledge base of these characters and finding different ways to explain events, altering how certain characters meet and so on. I see it as a retooling of a franchise for a new generation and a modernization of the characters. I’m sure there will be fanboys and fanatics out there who will dismiss the entire film because of these choices, but if you can distance yourself from the familiar knowledge of these iconic characters in comics, literature and the films, you will find yourself embracing the new interpretations of them. 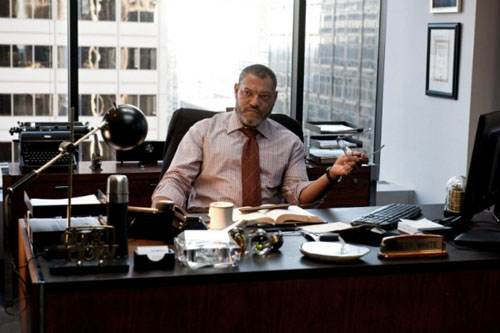