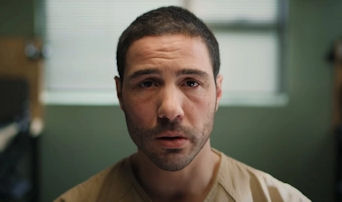 How long do you keep a prisoner without charge or evidence? How strenuously can you interrogate, encourage, and even torture a prisoner to get a confession? At what point will a person say anything?

Two months after planes flew into the World Trade Center Towers, the man thought to be the recruiter for the pilots flying those planes was found in Mauritania. He was at a wedding and the Mauritanian authorities politely waited outside so the wedding party was not disturbed and the man could say goodbye to his mother.

“The Mauritanian” is the story of Mohamedou Ould Slahi’s incarceration, torture, and eventual pro bono legal counsel by Nancy Hollander (Jodie Foster). This film review is the first of a three-part examination of films dealing with the Guantanamo prison situation.

Born in Mauritania, Mohamedou Ould Slahi (Tahar Rahim), was a gifted student who had excelled in school and been given a scholarship to study in Germany. At different times in 1991-92, he was trained and fought with al-Qaeda, one of the US-supported Mujahideen groups, against the communist government in Afghanistan.

Since the US had indisputable information that Mohamedou had once been associated with al-Qaeda and two of the men who eventually became pilots and crashed planes into the World Trade Center, they assumed he had been a recruiter. Panicked that another attack could come at any time in the future, the US wanted to know more details. The only problem was that Mohamedou claimed he knew nothing.

Even though America held him prisoner with no official charges, and even though the US Constitution guarantees a fair trial, since Guantanamo is in Cuba and the prisoners are not American, different regulations were possible.

Hollander, an American criminal defense lawyer who later became lead counsel for Chelsea Manning, heard about Mohamedou’s case in 2005 and took it on pro bono. “The Mauritanian” is based on her association with Mohamedou as well as his diary, published in 2015, and information from the US Marine Prosecutor, Stuart Couch.

The result is a remarkable, true-life film on inhumane treatment and the breaking of America’s signatory agreement with the Geneva Convention covenants that “extensively define the basic rights of wartime prisoners.”

Jodie Foster won the 2021 Golden Globes Award for her nuanced portrayal of Nancy Hollander. Tahar Rahim was nominated for The European and BAFTA best actor awards for his phenomenal portrayal of Slahi. “The Mauritanian” was nominated by several organizations for best picture. Nominations for the film and its actors were suspiciously absent from The Oscars.