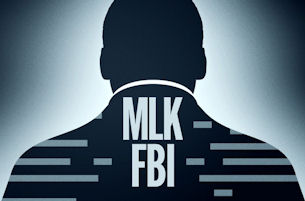 “MLK/FBI” deals with the sacred so it must be honest, accurate and complete.

“MLK/FBI,” in Sam Pollard’s master hands, documents the story of a massive movement that challenged American values and societal structure. He also tells the dark side: White resistance and King’s own self-destructive proclivities.

Sam Pollard is the only person who really had the right to make this film. A Harlem-born filmmaker, son of a pastor, and respected as a master teller of African-American history, Pollard has won Emmys, Peabodys and an Academy Award nomination. Andrew Young was the best person to speak in it. Now aged 89, Young was one of Martin Luther King Jr.’s closest advisors.

Care was needed in the presentation of this documentary. Martin Luther King was J. Edgar Hoover’s most important target and greatest fear. Hoover, the chief of the FBI, saw King as a Black Messiah who would upend world order and change the status quo in America. He ordered the FBI to track every movement of King’s life, 24/7.

Detailed in the film is that the FBI tapped the phones of leaders in King’s civil rights movement and rigged hotel rooms with technology to not only track his plans but to blackmail him over his indiscretions.

Even though the FBI records aren’t scheduled for release until 2027, it was important for Pollard, to create the film now because the memories of the involved people who are still alive needed to be recorded. Notables like Andrew Young, King’s most trusted advisor (and after King’s death, UN ambassador and Atlanta mayor), tell stories of their time with MLK and work for civil rights. Hopefully, by the time the records are released, the FBI information will be old news, blunting the inevitable attacks of salacious rhetoric by those opposed to King’s message.

There are no excuses in Pollard’s film. There is simply bald truth that includes Robert Kennedy’s approval of wire-tapping and newspapers rife with FBI-fed headlines that falsely accused King as “the most notorious liar.” Odie Henderson, in his superb review of this film, wryly notes: “This gets more coverage than King’s Nobel Peace Prize.”

J. Edgar Hoover, no stranger to breaking laws, illicit relationships and lapses in ethics, was not intent on exposing King’s Achilles’ Heel to the public, but to secretly spying on him for purposes of blackmail. Hoover charged the FBI with stopping King’s movement for equality and dignity through attempts of extortion.

Honor goes to Pollard, his crew and all the participants in “MLK/FBI.” A masterpiece in historical revelation has been created. It is sensitive, fully candid, and revelatory not only about King but about the FBI, American society, and political hypocrisy.