The 31-year-old woman screaming at the top of her lungs in front of the apartment door would not be remarkable. Especially in the context of cutting (or bleeding) edge French cinema as presented by the 23rd Rendez-Vous with French Cinema (co-presented by Film Society of Lincoln Center and Unifrance). In this case, Paula (Laetitia Dosch) is acting to a high bar, that set by the intensity of Isabelle Huppert and Charlotte Gainsbourg.

The funny part is that after the first third of Montparnasse Bienvenüe (aka Jeune femme), the viewer realizes it is not a film about a psychotic woman, a woman hearing voices in her head or driven by insatiable urges of lest or vengeance. This is a normal person who has just been dumped her lover. After her life centered for a decade around Joachim (Grégoire Monsaingeon), his needs, his art, his food, his apartment, his bed, his cat, this woman has no life. How does such a person act? Does she act like Greta Gerwig in “Frances Ha.”? Not in France, she does not. She goes crazy. Then she comes back to earth, halfway, and with attitude.

Nominated for a Best Newcomer César Award for her explosive performance, Dosch does not act, she lives, this movie. Every scene is done with an intensity as if it might be her last. Out on the street without a place to stay, she insults her first Samaritans, so they throw her out. Needing a job to make money to buy food, she insults the employer. As a nanny and housekeeper, she upsets the single mom. Although she earns the deep friendship of her ten-year-old charge, that does little to help her in the real world.

Which may be the point of the movie. We all have a choice, to either live in the world on its terms, or define our own terms and live that way. The older we get, the more we gravitate to the former. The younger we are, and the more indestructible we think we are, the more we expect the world to conform to us.

In the end, the world probably is better off because of those who do not confirm than those who do. Paula is a chameleon, and she lies. She is far from a paragon of virtue, but her mindset has borders and they are firm. Her world has a realty that shifts with her needs and the needs of those around her, like time, a seemingly absolute measure, shifts in relativistic physics.

At times bulging with dark belly laughs and at times quivering with loneliness and fear, Léonor Serraille’s debut feature was made by an almost entirely female crew. It is an empowering story while at the same time being an impossible one. In this day of terrible turmoil surrounding women in cinema, her winning of the Camera d’Or at Cannes for best first film is breathtaking. There is light at the end of the tunnel. 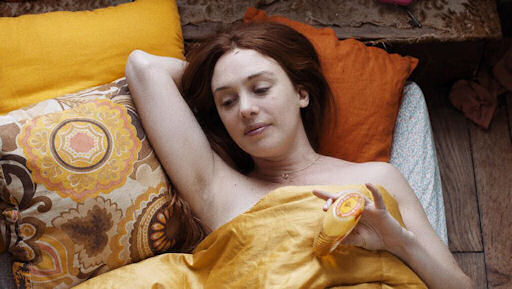