Writer/director Arnaud Desplechin (co-written with Julie Peyr) has developed quite a picture of the tempestuous youth of Paul Dedaulus (Mathieu Amalric). Screened as part of the Directors’ Fortnight section of the 2015 Cannes Film Festival, where it won the SACD Prize, the film is a skillful execution of flashback story telling. The fact that it won the Cesar for Best Director is testimony to the director’s ability to keep the story alive and not fall into empty nostalgia. 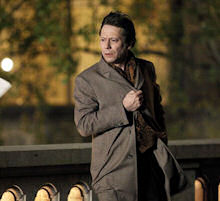 The film is constructed of several flashbacks as Paul considers his point of view of life, what has made him what he is and the rightness or wrongness of his actions. He is a middle-aged anthropologist returning from an overseas assignment and preparing to confront the ghosts of his youth. He is stopped short in the airport by some very serious men who make it clear he will not be continuing until some questions are answered. What Paul passes off as an odd coincidence turns out to be part and parcel of a very involved story.

Indeed, he has a lot to remember. From what we can see, his mother was barking mad and killed herself during Dedalus’ formative years. His father was a brooding man preoccupied with his own negative views of life. To Paul he passed on severe doubts as to whether any human life could make a difference or lead to any degree of happiness.

As it turns out, happiness is in short supply in this movie. Everything, and everybody, is very serious. The kids’ childhood is not spent chugging beer at the local fraternity. Instead, Paul travels to Russia and gives his passport to a young “refusenik” whom he resembles. The refusenik cannot emigrate to Israel, apparently the promised land, as the USSR has stopped such immigration. So Paul gives up a part of his identity to the young man so he can immigrate.

Lou Roy-Lecollinet plays Esther, Paul’s lover interest in the film. Unfortunately, it is not clear to the viewer whether he is sincere in his love for Esther, or kidding her as he kids himself. He loses her in the end and we do not know whether to feel sorry for him or not. This event joins others in a stream-of-consciousness parade that makes up the joy, grief and anger of life.

In the end, Dedalus, like his mythological predecessor, may have caused his own grief. Or, his grief may have been passed on to him by his flawed parents. In giving part of himself to someone else, he may have been avoiding his challenges more than atoning for them. In the end, he is left wondering if he did the right thing, a point of view that Desplechin not only wants the audience to ponder, but which he may feel is at the very center of our consciousness. To struggle is to live. 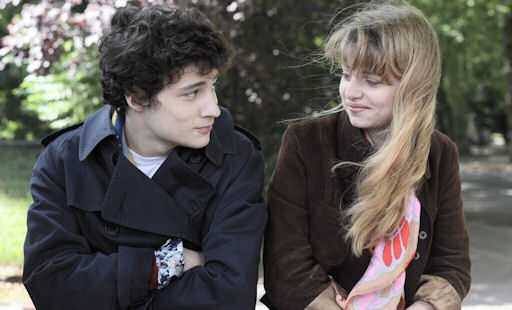