The guy is neither all that good looking nor professionally stable. But he’s got a swagger, a self-confidence bound in self-indulgence, and he lives for the now without reflection. He is what my mother would call a rake, a man without morals or empathy. This film is about a good woman who chooses the wrong guy. 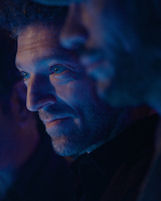 The film begins with a majestic scene of our good woman deep in the Alps looking down on her run. There’s a serious pause in her gaze as she waits before she takes off. In a short time the camera whisks us to a hospital where we learn she has had a serious leg break.

Done in present time with a series of flashbacks, the story of her broken leg parallels the story of her near fatal attraction. Her inability to move her knee is juxtaposed to the details of her love affair. In both situations she must rehabilitate herself before she can move forward in her life.

Emanuelle Bercot, our good woman, won the 2015 Cannes Best Actress Award for her passionate, fully-encompassing role in this excellent French film. Bercot, named Tony in the film, acknowledges she has a man’s name and is a lawyer. However, we really know her dominate obsession is being a goner for the rake, played to perfection by Vincent Cassel (Georgio).

Director/writer Maiwenn openly admits this screenplay is loosely autobiographical and that Georgio represents her self-centered second husband. However, the passionate screenplay shows that perhaps this story is a vehicle for Maiwenn to come to terms with two marriages. Her first at age 16 ended when her husband fell for another woman. Her second ended in 2 years to the self-centered guy. It looks to me as if Georgio could be a composite.

Interestingly entitled “My King,” this classic story of the good woman and the rake can certainly be seen as pathetic submission by Tony. But couldn’t it also be seen as a commentary on society at large? How often are good people reeled in by the public rake, the used car salesman, if you will, the corrupt wall street soothsayer or the self-aggrandizing politician? We obey the king whether he is right or wrong. And when there is this kind of gross submission by the public/partner the destruction of both begins.

Georgio, the self-absorbed, self-confident dissolute is at once revolting and addictive. Perhaps there is dna marked in our cells that, like Tony, is attracted to the excitement and self-bravado of the bad – the drugs, the joy rides, the wild claims and statements and the charismatic façade of the socially arrogant.

How Tony deals with her serious leg injury as well as her addictive attraction is the meat of “My King.” Bercot and Cassel are absolutely perfect in their well-developed roles and the film resonates on several levels. 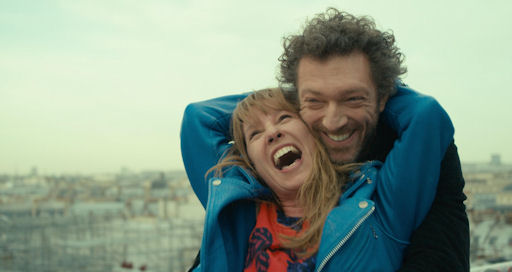 
“My King” opened in New York on Aug. 12 at Lincoln Plaza Cinemas and will open in Los Angeles on Aug. 26 at Laemmle Royal.