Writer/director Tom Ford’s “Nocturnal Animals” (based on the novel “Tony & Susan” by Austin Wright) comes out of the gate running with his second feature film. The first film, “A Single Man,” was a dark examination of social mores, life styles and life and death choices. “Nocturnal Animals” revisits these themes in the context of a hyper-produced story within a story. 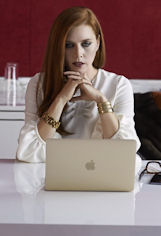 Amy Adams plays Susan Morrow, an upper-crust socialite and successful art gallery owner. Jake Gyllenhaal plays Edward Sheffield, Susan’s former lover, who, on the advice of her mother, Susan dropped in favor of her dashing socialite husband Hutton Morrow (Armie Hammer). As her relationship with Hutton turns increasingly sour, she receives an unsolicited manuscript from Sheffield, whom she has repeatedly turned away as an incompetent writer, even though she has contacts in the art and literary community who could help him.

The manuscript describes a meek and loving husband and father (also played by Gyllenhaal) whose wife and daughter are viciously raped and killed by three psychotic desert drifters. The story implies, and Susan begins to believe, that the manuscript is a veiled threat in revenge for her dumping her former lover. As the film progresses, she comes to understand that fate works in strange ways and that the novel may be a more realistic look at her present life than she knew.

As Susan retires and begins reading the story, the murder of Sheffield’s family is shown in grizzly detail, so much so that one suspects the exploitation of violent sexual misogynism. There is a gut reaction to immediately brand the film as hack sensationalism until it becomes clear that the crude brute force of the manuscript is actually the writer’s inner emotions coming to the fore. It is not intended to be the core story of the movie, which is Susan sorting out her own feelings and making decisions about right and wrong.

Michael Shannon enters Sheffield’s story as cowboy cop Bobby Andes. His part is hamstrung by the blunt, amateurish nature of Sheffield’s story. After all, he is the personification of Sheffield’s inner desire for revenge at any price and not part of the more polished main story. The death of the daughter parallels Susan’s decision to terminate her pregnancy with Sheffield, even though he never knew of the pregnancy or the abortion.

So there is good story within a story told through skillful but not tortuous flashbacks and accompanied by guilt feelings that may, or may not, have been subliminally or psychically communicated. Susan is influenced by her morally adrift mother but in the end finds her own way, although the film ends before we know if she has done the right thing or not.

Powerful cinematography alternates between the real but superficial world of Susan’s art gallery (exhibiting grotesquely obese nude female models) to the barren desert that is setting of Sheffield’s novel and the blank pallet of his devastated emotional state. The suggestion of misogynistic exploitation remains. Could this have been as good a film without the explicit violence and the three stereotyped slobbering, gibbering villains? 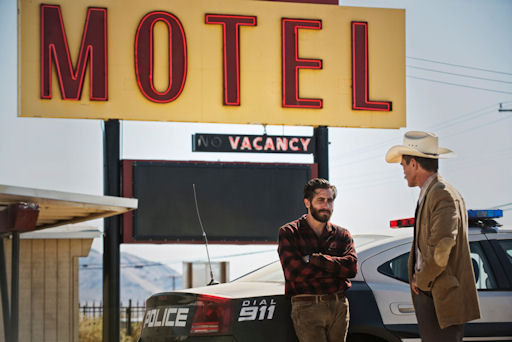