The greatest experiment taking place today is the proton smashing in the Large Hadron Collider buried deep underground at the Swiss-French border outside of Geneva. This collider is an order of magnitude more powerful than any collider that has gone before it. This means more smashing collisions between sub-atomic particles and more stuff coming out of those collisions. 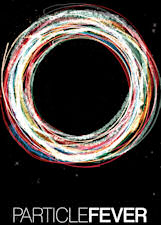 Yes, this is the Higg’s Boson experiment we have heard so much about. It is also the site of one of the most colossal failures we have ever heard about. Super-cooled, super-conducting magnets exerting enough force to bend I-beams and holding enough current to power Kansas City melted and blasted apart by the same short circuit that happens when you spark an outlet plugging in the vacuum cleaner.

Now, that’s bringing it all back home. Not to mention the shut-down caused by the baguette, presumably from a discarded hoagie, dropped into the machinery by a passing bird. Tough break for the bird. But a smart move not going after it. Who says birds have little brains?

Started up in 2008, this stainless steel wonderland is a paradise for nerds. Just one look around even the least technical surroundings in the huge laboratory brings out the scientist wanna-be in all of us. Too bad this film loses its way and morphs into a latter day Mickey-Mouse Club, apparently aimed at selling the ignorant masses of children on how cool it is to be a particle physicist. What follows is a tragic waste of about twenty minutes out of the middle of the show. This is time that should have been devoted to telling the story of the short circuit and the sandwich in the works and analyzing the subsequent failures with the help of the marvelous graphics that grace the rest of the production.

Film nerds, here’s the hot news. You don’t have to sell kids on becoming nuclear physicists. Just tell them cool stories about nuclear physics and they will become nuclear physicists. Well, at least it worked with me and engineering, maybe it works for Gen-Z nuke scientists as well. The shots of the scientists writing non-understandable mathematical equations on the blackboards are so ridiculous they are funny. You can believe this reviewer — nobody cares how many Greek symbols you know. Tell us a story about something blowing a gasket and we are all ears.

Overall, the movie is fun and informative. Yes, it is too light duty and seems to be obsessed with selling to the lowest common denominator out there in box-office world. OK, money is what makes the world go ‘round, and re-creating the origins of the universe is no exception. Let’s face it, the US version of the LHC was killed in Texas because US congressmen couldn’t establish a solid link between the Higg’s and making better fried chicken. If it has no commercial value, or doesn’t improve oil fields or body counts, kill it before it spreads. So Europe gets all the fun.

Actually, countries around the world get all the fun. This elite think-tank of scientists and engineers includes people from dozens of countries around the world. Countries that have been embroiled in death feuds for decades, or centuries, Greece and Cyprus, Pakistan and India, have sent scientists to the LHC who work side by side, sharing the history making thrill of re-creating the first milliseconds of the universe. Sharing the victories and the disappointments, the sweet taste of victory, the bitter pill of defeat, and the pungent smoky scent of that hoagie that ended up blowing out part of the super-cooling equipment.

These are lucky men and women who get to play with some really big guns. Electron guns that is; electron beam sources with 3,500 billion electron volts of energy. Now that’s the kind of number that makes playing video games worthwhile. This is real-world Star Wars adventure. And the results of these experiments are transmitted in the flash of an electron to countries all over the world. No military and no commercialism means everybody shares the information at the same time. What a concept. Can science without cut-throat capitalism be any fun?

Here is the advice, LHC movie makers, stick to the scientific/engineering eruptions and forget the singing and dancing, Believe it or not, there are a lot of us out here who are fascinated by high velocity science. 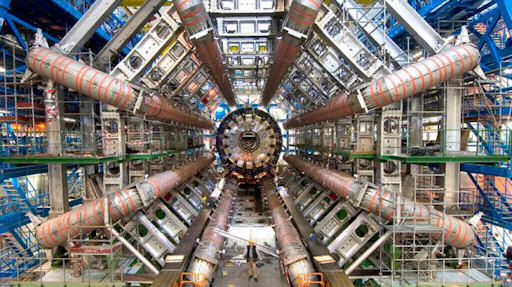