“Pokémon Detective Pikachu” racked up a huge opening weekend, proving the pocket monsters are still as popular as ever, almost a quarter of a century after the cute creatures first appeared. The movie racked up $58 million in the US and even unseated the unstoppable behemoth “Avengers: Endgame” as the No. 1 film in the UK. But how much of that box office success is down to brand loyalty from the Pokémon faithful, and how much is a result of the quality of the film itself?

Two decades of global success
Pokémon were created by Satoshi Tajiri in 1995. Since then, they have gone on to global fame, covering everything from collectors cards to video games, animated movies and the infamous Pokémon Go, which took gamers out of their bedrooms and onto the streets. It is truly a global phenomenon, which made it ripe for a big-budget (reportedly $150 million) live-action adventure. At the same time, the dedication and love of Pokémon fans gave director Rob Letterman quite a lot to live up to.

Finding a balance
Keeping the die-hard fans happy (while at the same time creating a movie that is also accessible for the casual film-goer) is no easy task. Bringing comic book animations to life convincingly in photorealistic 3D is even harder. Yet, “Detective Pikachu” manages to pull off these challenges with some style. For the most part, the effects are very special, seamlessly blending the creatures and the “real world” with enough authenticity to suspend your disbelief.

However, this makes it all the more disappointing that, in places, those same effects are quite obvious and poorly-rendered. The film felt like there were two effects teams at work — the masters and the apprentices — and the difference in quality between the two was jolting at times.

Deadpool a dead cert
Of course, for many viewers, the draw will not be so much the cute fur ball that is Pikachu as much as the Hollywood A-lister that provides his voice. Ryan “Deadpool” Reynolds is clearly having a blast here and apparently drove the animators nuts with his off-script ad-libs, which sent them back to the drawing board on a regular basis. Perhaps this explains why they ran out of time to finish all the effects to the same standard.

Ryan Reynolds’ Pikachu is the real draw for many viewers (image by Gage Skidmore).

Witty, razor-sharp and very, very funny, Reynolds gives the yellow hero enough character and charm to keep non-fans engaged in the story, although you can’t help feeling that he is holding back from the full Deadpool at times. Maybe there is an R-rated cut sitting on someone’s desk waiting for the Warner Bros. Christmas party.

Of course, there is much more to Ryan Reynolds than just the wisecracks. Before he hit the big time as the sewer-mouthed superhero, he starred in “Mississippi Grind,” a classic poker movie that may one day take its place alongside the hugely-influential “Rounders” as an inspiration to players worldwide. Yet, there is none of that hard-hearted grit or darkness in this relentlessly cheery performance.

Lively support
Justice Smith, of “Papertowns” and “Jurassic World,” and Kathryn Newton, whose impressive career already includes “Ladybird,” “Three Billboards” and TV’s “Big Little Lies,” provide lively foils for the action, while Bill Nighy is deliciously wicked as the villain of the piece. Together, the quality of the acting talent overcomes the occasional shortfalls of the scriptwriters. When you add in a little Ryan Reynolds magic, “Detective Pikachu” is a lot more watchable than you might expect from such an obvious franchise film.

Will it catch ‘em all?
“Detective Pikachu” is no classic, and there are many faults to find if you are looking for them. But there is also plenty of fun to be had if you just go with the flow and accept the Scooby-Doo plot and characters at face value. And if all else fails, there’s always Ryan Reynolds.

As to whether or not it has done enough to appeal to the fans while still managing to appeal to a wider audience, only time will tell. The week-on-week drop-off in takings can be as telling as the opening weekend, as word of mouth either works for or against a film. Worldwide it is already the most successful Pokémon movie yet — taking in $175 million — but for now, that still only means it has just made its money back. 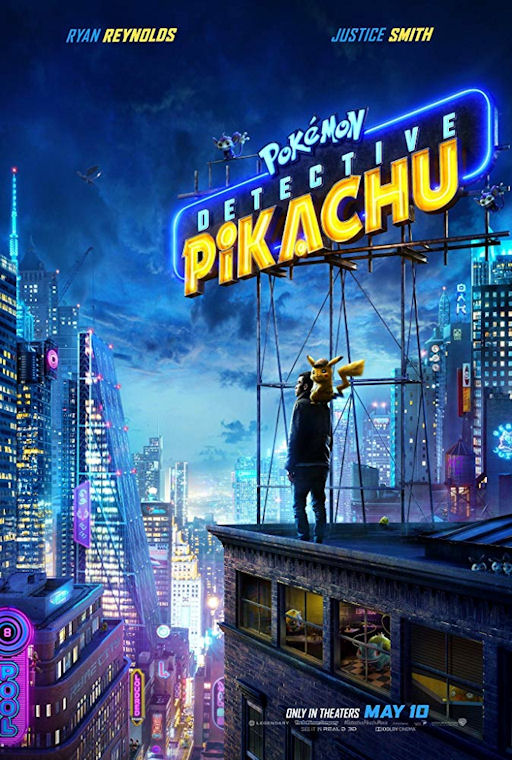