The most quizzical thing about women who are being abused is their reticence to get out of their situation. Some people think it’s because they are poor and dependent upon the man. “Where else can they go to support their children?” we wonder. But in this film, the lid is just beginning to lift from the black hole of domestic violence and its pervasive infiltration into American society – at all socio-economic levels. 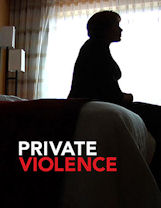 Kit Gruelle has a stack of 45 restraining orders at her side – all from murdered women. Gruelle, who trains advocates, first responders, law enforcement officers and hostage negotiators, points out that if you were attacked in a mall or on a street, law enforcement would consider the perpetrator as a danger to society. There would be swift action by law enforcement. But in the case of domestic violence, there are complicating factors compromising indictment.

Gruelle exposes footage and interviews from three separate cases. The primary case is a woman who was kidnapped with her daughter by her husband (restraining order). They were shut up in an interstate truck and driven across the country and back. All along the way, her husband beat her, urinated on her, humiliated her and threatened her with death.
Another case involved a woman who reacts to the chronic abuse of her estranged (restraining order) husband and kills him. The last case is from behind the doors of a gated community. A prominent doctor’s wife has recorded his verbal and physical abuse and sent it to Gruelle.

The end is never over after a domestic abuser is incarcerated. The victim is left with a damaged spirit, a soul punched, kicked and left like garbage in a sewer. Just walking erect and speaking in an adult voice becomes a challenge.

Gloria Steinem, executive producer, states, “Home is the single most dangerous place for a woman.” The stats prove it. Every day in the US at least four women are murdered by abusive partners. In addition, domestic violence affects as many as one in three women globally.

Why stay with your abuser? The answer to this varies from woman to woman. For some it is poverty. For others they have been gradually conditioned to obey an obscene authority. For some it is simply the promise they kept on a wedding day. For still others – they think their man loves them but simply has intermittent, often random, bouts of mental illness. They stay trying to help. 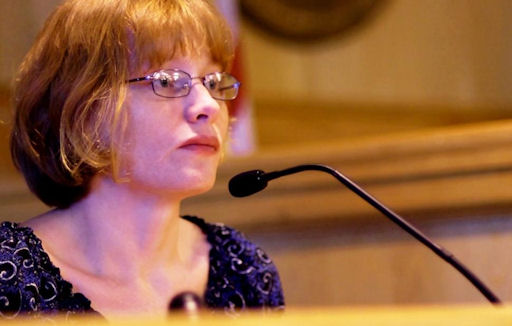 “Private Violence” is being shown as part of the Voices in Action: Human Rights Series at the Northwest Film Center in Portland, Oregon. It will be shown on Sunday, Oct. 26, at 7 p.m.