If asked, most people would confirm they would give their life for their country. But would they give their honor? The decision to betray her country for the good of people of all nations is a step none of us wishes to make. Melita Norwood made that decision towards the end of WWII. Working for the British counterpart of the American Manhattan project, she passed top secret atomic bomb information to Russia. Exposed as a spy many years later, she never regretted her actions, considering in her mind that she may have saved all mankind from a nuclear winter. 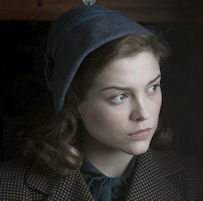 In this telling, Judi Dench plays the fictitious Joan Stanley. Through the heady days of 1930’s political chaos, she meets with dashing communists in the other-worldly environment of the Cambridge political utopia. Russia, then part of the allied forces on the verge of crushing the Third Reich, was viewed with ambivalence by the West. The communist nation was on the verge of taking major portions of Europe as its spoils of war, not to mention being a short sail from rapidly expiring Japan.

When America dropped two atomic bombs on Japan’s civilian populations, Melita/Joan was horrified. While the rest of the world celebrated a hard fought victory, she saw a future where a dominant nation with such weapons could end life on earth as we know it. She took action to spread nuclear weapon secrets in order to ensure that everyone had the bomb. She invented the practical existence of MAD, mutually ensured destruction.

“Red Joan” is not a spy film, although it has some fascinating details of old fashioned spy craft. This “Tinker, Tailor” nostalgia is fun enough to watch, but is old hat in the modern world of microchips and Facebook hacking. Although the replay of the heady days when we were young and sure to win is entertaining, the core of the film is the trauma that propelled Melita, and should propel us all, to take action.

Sophie Cookson does most of the heavy lifting as the young Joan. Plucked from the yeasty young brain trust of Cambridge, she is credited in the screenplay with coming up with the idea of using an ultra-high speed centrifuge to concentrate atomic bomb fuel. Against a wonderfully nerdy blackboard of Krytron circuitry (eat your hearts out, non-physicists) she accepts ever-increasing responsibilities in the perfectly coded “Tube Alloys” department, the heart of British fission weapon development. This is real spy stuff. Think “Hidden Figures” with tea and biscuits.

Filling out the story is good supporting work by Stephen Campbell Moore and Tom Hughes, as Joan’s partners in crime and in bed. Tereza Srbova does super work playing the perfect Russian mother and spy, Sonya. Five-time Best Music Oscar nominee George Fenton provides a solid soundtrack to anchor the best and worst of times. Director Trevor Nunn gets it done in his directorial debut, considering the dangerously outdated back-drop. Hopefully, most of the film’s audience will get the point of the story. It is not about spy craft; it is about saving mankind from itself. 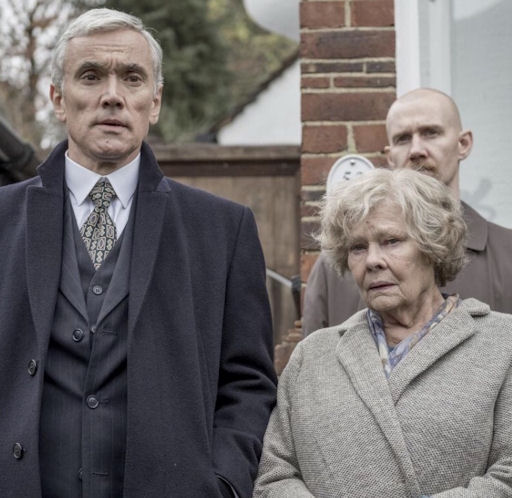