Compliant and 10 years old, Aretha Franklin is woken up from bed by her father late at night to sing for his guests at a lively party in his opulent home. “Respect” traverses the concept and evolution of Aretha’s own struggle in life to receive the respect she deserves. After being used for everyone else’s delight and financial gain, Aretha grows into a powerful woman who, 43 years later, sings at Barack Obama’s presidential inauguration. How she got there is the subject of this honest biopic.

At age 9 (in the movie 10) her mother died, and at age 12 she became pregnant with her first child. Distinguishing what she needed from what was destructive, as well as extracting herself from an inhibiting cycle of pleasing everyone else, typifies her internal struggle.

“To whom much is given, much is required” (Luke 12:48). In cases like the phenomenal talents of Aretha Franklin, Ray Charles, Whitney Houston, and Michael Jackson, the gifts are so staggeringly great that survival becomes a priority. Drugs and alcohol become palliatives to obsessions and the stress of success. The single most powerful antidote is submission to a higher power – before the life is lost. Some make it and some do not.

The concept of life balance, the yin and yang, means that however great a gift a person receives, the counter opposite will also be bestowed. In Aretha’s case, she gets a phenomenal musical talent. But just as deep and full are a series of tragedies, missteps, and humiliation.

Jennifer Hudson, chosen by Franklin herself, pulls off a demanding performance, including musically singing and personifying each of Aretha’s hits. The road to self-actualization is rocky, but Hudson shows Aretha’s internal struggle, personal toll, and spiritual hunger.

Admirably, the facts of Aretha are not hidden. She was an absent mother, an alcoholic, and a volatile colleague. But somehow Hudson makes us love and admire her anyway.

Brilliantly and honestly created, Liesl Tommy was a perfect choice for director. Born in South Africa to politically active parents during apartheid, she completed her schooling in America. “Respect” is her first feature film. In March 2018, she was hired to also direct the film adaptation of Trevor Noah’s autobiography, “Born a Crime.”

Writing credit goes to Tracey Scott Wilson and Callie Khoury. Appreciation goes to them for not only researching details, but for keeping it honest.

Hopefully, Hudson will be a strong Oscar candidate for Best Actress and “Respect” will get the attention and honor it deserves. 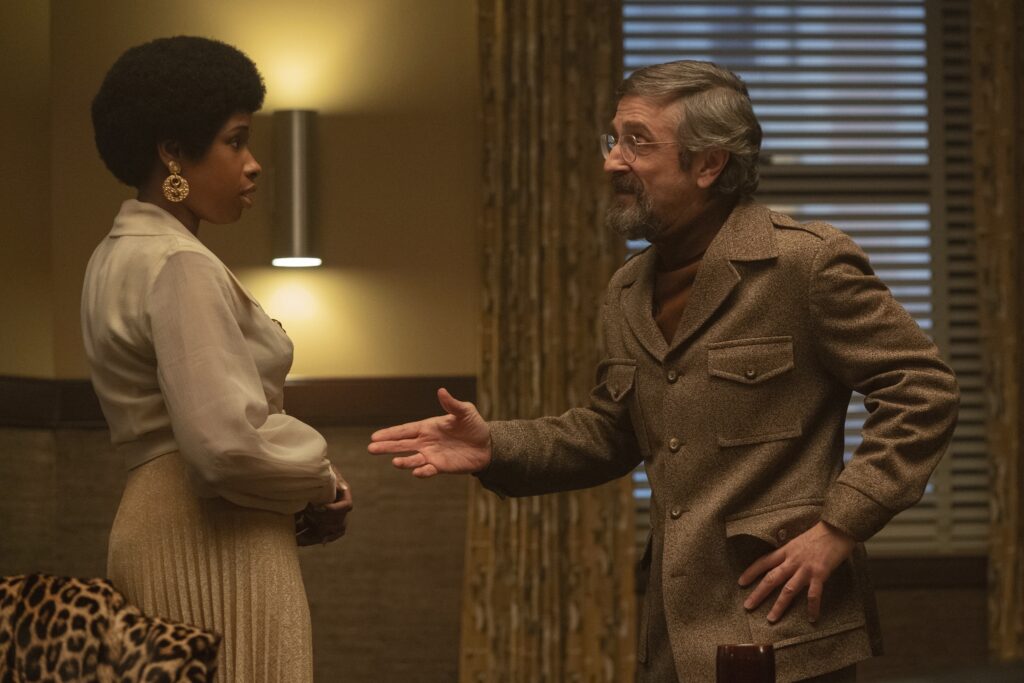