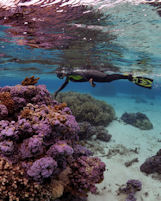 Through time the concept of Atlantis as an idealized civilization has evolved. In “Saving Atlantis” the ancient kingdom is compared to the potentially doomed but gloriously beautiful undersea coral communities that have grown in some of the most romantic locations on earth.

Focused on the ocean’s coral system and its benefit to earth, Peter Coyote, an Emmy-winning narrator, actor, and author, explains what corals are, what they provide, and what their loss might portend.

1. Corals are made up of polyps, tiny mouths surrounded by tentacles that capture food.
2. Algae lives inside a coral and through photosynthesis, feeds it.
3. Corals clone themselves.
4. Why marine life flocks to the reefs.
5. What role stress, whether through a warmed sea or pollution, has on corals

“Saving Atlantis” is also a gentle, tender audio/visual love poem for an undersea kingdom exuberant with life … at least 50 years ago. Since then half of the reefs have died.

Justin Smith and David Baker, filmmakers for Oregon State University, were called upon to fulfill a grant contract to film the work of Rebecca Vega Thurber, Ph.D., an associate professor of microbiology at Oregon State University. Thurber’s interest is in studying coral reefs around the world. Her lab, primarily funded by the National Science Foundation, “investigates how bacteria, viruses, and other microorganisms interact with and regulate marine ecosystems,” with a current focus on tropical reef and deep-sea ecosystems.

Smith, Baker, Thurber and a small team filmed coral beds in the Red Sea off Saudi Arabia, The Great Barrier Reef off Australia, and reefs off Bocachica and Cartagena, Colombia. They also filmed in Hawaii and in the Polynesia Islands. There’s no doubt they fell in love with their job. The underwater scenes of living corals set to music inspire a concerted effort to save what we can. 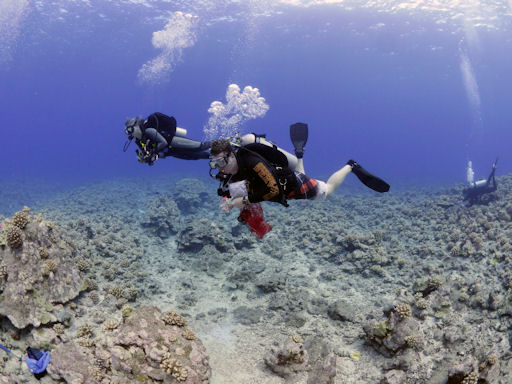 “Saving Atlantis” became available on Digital Nov. 12, and can also be accessed on Amazon, Google Play and iTunes.