The lure of this irreverent independent film is that it involves a magic mirror dug up by Grandma and passed on to Granddaughter Amanda. The rules are that you only get one wish and you can reverse it within five days if you want. 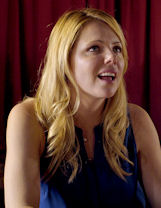 So, what might you do? Stop world hunger, cure cancer, eradicate disease, get $1 billion, orchestrate world peace, change the president…

The problem is that Amanda is not told this mirror is magic or has rules. So, it is only by accident that she gets involved in a quirky wish with her boss whom she is running against in an election for mayor that turns the townspeople into taking on opposing gender roles in a madcap turn of events.

Unlike films like “Victor/Victoria,” “Tootsie” and “Yentl,” which involve the main character purposefully taking on the role of the opposite gender, the ambitious goal of “Second Nature” is that the men and women of Louisville helplessly and unknowingly take on counter stereotypes while leaving the two main characters, Amanda and her boss, unchanged.

In addition, history and media accounts reflect the new state of affairs. Louisberg, Wash., becomes Ellensberg (the actual location of the filming) and a TV show refers to Martha Washington as the first president.

The lead female is Amanda Maxwell (played by Collette Wolfe) who is running for mayor against Brent Johnson (Sam Huntington). The local popular hang-out changes from Honkers to Peckers. Women become the dominant force in town and men are reduced to waiting tables at the local restaurant/bar.

Yes, there is some gross humor, which is not always needed, and there are some story problems, like why didn’t grandma give an explanation about the mirror beforehand, and why would women, who automatically take on male personalities, become so crude? Why would women use urinals? And what about the town’s children — aren’t there any? Plus, why make fun of a third candidate who runs on an anti-radioactivity platform? After all, this is Washington State, the home of the infamous Hanford nuclear site that has been involved with radioactive plutonium leaks since 1943.

Despite the problems, the film has its heart deep in the right place. Michael Cross, the producer, director and co-writer, is also a member of Women in Film/Seattle. In a big way, he tries to not only make fun of our self-perpetuated gender behaviors, but to work on a way to bring harmony to our predispositions.

“Second Nature” has a red-carpet premiere in Seattle on Sept. 8 and will be available On Demand starting Sept. 19, 2017. 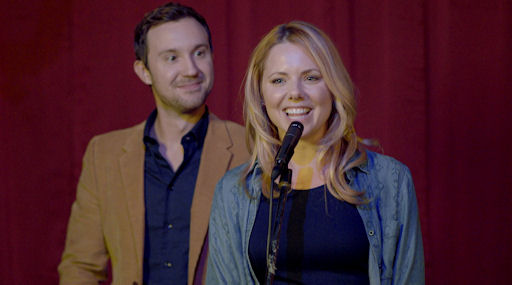