“The diversity in our seed stocks is as endangered as a panda or a golden eagle right now. We have the largest seed shortage in history,” warns Will Bonsall, a long-haired, long-bearded 67 year-old dedicated to seed collecting. He reports that 94 percent of our total seed vegetables have been lost in the 20th century.

There used to be 158 kinds of cauliflower seeds. Nine now remain. Out of 34 kinds of artichoke seeds, there are now only two. When it comes to corn, 96 percent of the varieties have been lost.

Portland filmmakers Taggart Siegel and Jon Betz have teamed up again after work on their brilliant expose on the plight of the honeybee in “Queen of the Sun” (2011). In “SEED,” they reveal frightening problems in agriculture: the decrease in diversity, the increase in genetically manipulated seeds and the advent of inserting animal genes into vegetable seeds.

No one will ever be able to say we weren’t warned. “SEED: The Untold Story” follows on the heels of a generation of agri-crisis documentaries, including Siegel’s “The Real Dirt on Farmer John,” (2005), and the 2010 Academy Award nominated “Food Inc.” (2009). A list of films, including “Bitter Seeds” (2012), “Field Work” (2012), “Raising Resistance” (2012) and “Seeds of Time” (2013) have educated us about a near-unsolvable set of converging factors, from global warming to the never-ending evolution of plant diseases and technology.

At the time of the 1845-52 potato blight, there were only one to three varieties of potatoes in Ireland and none of them had a resistance to the disease that destroys both leaves and tubers. Now, several other varieties, including the disease-resistant Ranger Russet, can be planted to offset a repeat catastrophe. Diversity access on the farm is key to sustainable farming.

But she is horrified at the progressive evolution of genetically modified organisms (gmo’s). Seeds from gmo plants are patented and often sterile, so farmers must keep buying them from a company instead of relying on their own stock. As farmers access these commercial seeds that promise higher yields they lose access to seeds that might prove effective during disease infestations and regional weather challenges.

More importantly, Goodall points out that “genes from a completely different species are being introduced into the plants.” Now that the natural species barrier has been crossed, technology can integrate animal and plant genes. For example, genes from pigs are now put in tomatoes.

Siegel and Betz have chosen riveting experts and circumstances to explain the seed crisis and what we can do about it. If nothing else, this film should motivate us all to create our own garden using heirloom seeds we found successful last year. 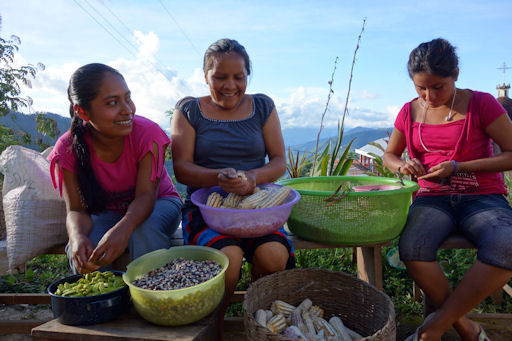