This is the story of Masika Katsuva, a Congolese woman of extraordinary resolve and resiliency. Though she has wanted to kill herself many times, and though she sometimes prays to God to take her life just so she can get some rest, Masika is a transformer of spirits and lives. 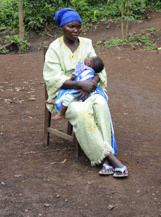 It seems a national pastime in the Democratic Republic of the Congo (DRC) has become the beating, raping and killing of women. In Masika’s case, she and her two daughters were raped by a group of soldiers in uniform in front of her husband. Then the soldiers killed her husband. Instead of being embraced and supported by their relatives they were shunned and cast from their house with one plastic bag of belongings.

Rape victims are viewed as ruined. They become the lepers of society – the untouchables who must live separately.

In February 2011, 48 women were raped every hour. If they survived and knew of Masika’s village, they walked for days to reach her. Upon arrival she records their story in a file and begins her assistance in helping them regain a sense of themselves again.
Filmmaker Fiona Lloyd-Davies, working under a grant from the Pulitzer Center for Crisis, has been documenting the crisis in the eastern region of the DRC. Working as cinematographer, writer and director, she has captured the voices and stories of women brutalized and scarred.

Masika, in the village with her two victimized daughters, knew she has to feed and house the women who come to her for shelter, so she organized a farming project.

There are also the children born from the brutalization. Some are abandoned by their mothers because of the circumstance of their conception and others are left behind after their mothers are raped, beaten and killed. Masika takes them in as well.

To run her haven for victimized women, Masika rents land and the women, shunned by their society, go out together to prepare the rich land for cultivation. The seeds Masika buys at the market represent the hope the women have in their survival and self-sufficiency.

With donations Masika equips a sewing house and soon the women also have a little clothing industry.

Her community is in Minova, close to the border with Rwanda. On Nov. 22, 2012, a defeated Congolese army of 2,000 came to town. One soldier reports, “We’d lost all hope. We weren’t thinking like human beings anymore.”

How Masika’s little group reacts when the soldiers begin their rampage and how this little community is today are subjects of this exceptional film.

Part of the Voices in Action: Human Rights on Film series, “Seeds of Hope” screens Nov. 5 at the Portland Art Museum. 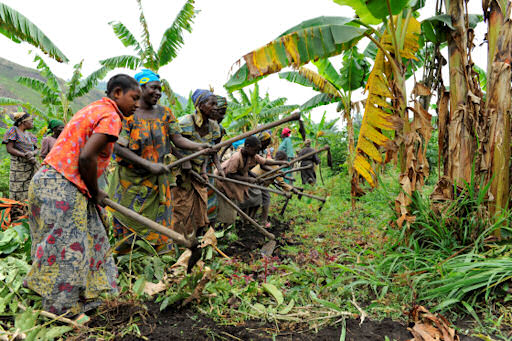