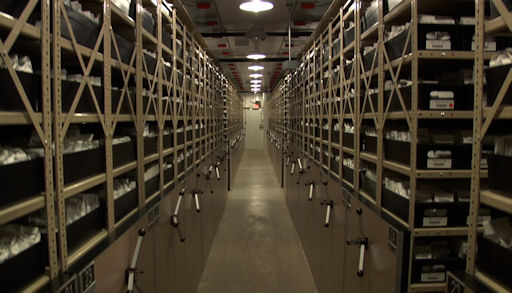 “The way in which we are feeding the current population is not sustainable. Twelve of the hottest 15 years have taken place in the last 16 years. …We’re really in a race against time. We need to mobilize before it’s too late. We’re gonna pay a price if we don’t do the smart thing and help agriculture adapt” (Cary Fowler).

When I heard of a seed vault buried deep in a bank above the Arctic Circle in Svalbard, Norway, I felt first relieved but then suspicious. Great, we’ll have a bank of seeds in case companies like Monsanto mess up our crop diversity so badly that a bug or disease system could come by and decimate the entire bio-engineered agricultural system. Or maybe the climate will change so drastically that all our boutique gmo seeds will not be able to adapt.

Norway to the rescue. It’s a good country – trustworthy, highly principled, well-educated, and financially stable. To the tune of about $9 million, it adapted an old coal mine into what’s been nicknamed The Doomsday Seed Vault.

Given this scenario it sounds like Norway and the Gates’ Family could own the world’s seeds and in a crisis, a potential conspiracy theory brewing here, be able to hold the whole world hostage.

What if Washington State had a mild winter and a drought during the summer? What if all the gmo apple trees withered from drought or pestilence? Would there be an appeal to the Norway/Gates’ cache of appropriate apple tree germplasm? How much would the farmers have to pay for it? What if apple trees worldwide were similarly affected? Which countries and which farmers would get the goods? Would it go to the highest bidder or would there be a political aspect?

What if this happened to the world’s wheat or rice crop?

Could a Norway/Gates consortium rule the world in 1984-like oppression through control of the world’s agricultural seed supply? Could seeds replace the black gold of the 21st Century?

In this film Cary Fowler, the founder of the Svalbard seed vault, is the brain man behind this system. Ironically, Fowler has been in a somewhat parallel contest with time. Born in 1949, he was first diagnosed with cancer in his 20’s and has since suffered from recurrence. He’s been in a rush to get the seed protection program done, not knowing how much time he has left to protect the vault program from competing economic/political factions.

Screened at the Seattle International Film Festival on June 1 and 2, 2014, “Seeds of Time” is the perfect corollary to Robert Kenner’s “Food Inc.” While Kenner’s film scares the rutabagas out of you with predictions of global agricultural Armageddon, “Seeds of Time,” executive produced by the brilliantly positive Abigail Disney, is a paean to human ingenuity and hopeful invincibility.

For glorious Peruvian scenery, ice cold Norwegian vistas and a story about a man on a mission to save the world, “Seeds of Time” is a meaningful, poignant documentary.