It is 1993 in Belfast and the Irish Republican Army has not yet been brought to the table. Although voices within the movement are calling for peace, the hardliners hang on, and they hang on hard. They have been forged into the most ruthless fighting force in the world, locked in a life and death battle with the merciless British MI5 / Special Air Service anti-terrorism squad. Both sides torture and kill all who get in their way. The IRA threatens, cajoles and murders its own rank and file, and their families, in order to ensure its marginal and collapsing security. The SAS uses every means at their disposal to turn IRA members into informants. It is a classic struggle, and there are no winners.

Director James Marsh racks up a nail-biting victory in bringing Tom Bradby’s gritty novel of IRA intrigue, betrayal and murder to the silver screen. Clive Owen does a bang-up job playing UK anti-terrorist veteran Mac. With help of director James Marsh (“Man on Wire”) and screenwriter Tom Bradby (who adapted the screenplay from his novel), Owen brings the perfect combination of cold, calculating usury, thinly sublimated psychosis and dog-tired fatigue to Mac’s job of forcing the toughest of the tough IRA soldiers to rat on their chiefs, their comrades and even their families. He is the perfect combination of the crack spy who gets things done but will never, and can never, be thanked or even acknowledged for what he does. The best he can hope for is an anonymous retirement with all of his body parts and guaranteed security. And the odds are against both. The worst is your worst nightmare.

In the course of some well depicted crack anti-terrorist work, the SAS has tracked and foiled an IRA plan to plant a bomb in a London subway. Deep undercover IRA single mom Colette McVeigh (Andrea Riseborough) plants the bomb and immediately the SAS machine draws in the dragnet. She is caught like an animal headed for life in a cage and in a matter of minutes is silently hauled into an unmarked SAS interrogation room. Mac delivers the message like a brother. She betrays the movement, including her family members, or she goes to prison until hell freezes over and her son goes to foster care. If she goes to prison it will be in solitary confinement for an unspecified period of time. Her life as a mother to her son will be over.

Sensing the situation, her mother, Ma (Brid Brennan), quietly washes the dishes, standing by helplessly as another family bloodbath draws ever closer. She has seen four generations of trauma brought about by the trouble, and there is little end in sight.

Domhnall Gleeson does a good job playing the conflicted, but loyal, brother Connor. At odds with the iron man Gerry, he knows the brutality that has shaped his captain is waiting for him down the line. Worse than death, it is all he can see of his life ahead, other than life in prison or death from the muzzle of the SAS. Aidan Gillen plays her hardline brother Gerry.

In spite of great performances by Owen and Riseborough, the best part in the film goes to David Wilmot, playing local IRA security chief Kevin Mulgrew. Mulgrew can sense fear and lies in a person 200 feet away and he will water board his own mother to preserve the cover of his command. As plan after plan goes mysteriously awry, he homes in on the last few possible informants with the tenacity and lethality of a bulldog, slowly strengthening and deepening his bite around the neck of the doomed and damned traitor.

Too plodding and intellectual for some, there is choppiness to the editing and a sense of imbalance at some points in the story line. Nonetheless, it is a well written and well-acted story of lives ruined by war. Thoroughly believable and heart felt performances are backed up by a fascinating history that we cannot be allowed to forget. It is a history that embodies the soul of the modern paladin. The dark knights on both sides of the conflict are each as soiled and compromised as the other, but incapable of stopping the juggernaut of terrorism and revenge that marked the Irish fight for self-rule. As a combination history film and film noir thriller, it is at the top of the heap. 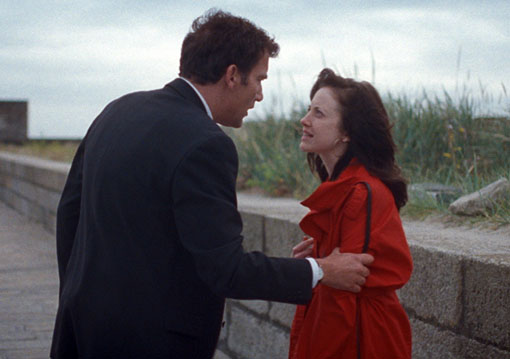