This epic story of the majestic cosmopolis of Smyrna starring Mimi Denissi, Greek actress, writer, director and producer extraordinaire, will have a one-day-only showing in the US and Canada on Dec. 8, 2022.

The film begins in contemporary time where too many people are crammed into boats listing low into the water. They are refugees from Syria coming to the Greek island of Lesbos (Lesvos) where a refugee camp awaits them. An elderly gray-haired woman from New York is thanked for helping to finance the salvation effort. She explains that she and her mother were refugees who came to the same island in 1922.

She tells her grand-daughter, who is plenty worried about her grandmother’s safety at the camp, that the reason she must be there and help is that long ago the people on the island were good to her. It’s pay-back time. She has her grand-daughter look across the water. “It is Turkey now, but before … at its center was the most beautiful city. Smyrna.”

At this point, she gives her grand-daughter a book. She explains that it was what her mother called a recipe book, but actually it was her diary. She tells her grand-daughter, “Read it. It will make you realize who and where you are from. I realize now it would be a sin to forget.”

Then the film reverts to Smyrna on Oct. 26, 1916. With an elaborate set, the “most beautiful city” is re-created with exquisite clothing, vintage vehicles, horse carts, narrow passages, street venders, and gorgeous architecture. The grandmother, Filio Baltatzis (Mimi Denissi), is a gracious, beautiful head of a sumptuous household with Turkish servants whom she loves like family. Her husband, Dimitris (Leonidas Kakouris), is a wealthy businessman.

Mimi Denissi and Martin Sherman have collaborated to bring Denissi’s popular play to the screen. The Baltatzis family represents a microcosm of Smyrniot society. The Baltatzis family is divided. Dimitris is loyal to the city and Greek King Constantine I while his brother, wary of the political situation, supports Venizelos and thinks the family should relocate to England.

Amidst the backdrop of World War I and the Greek schism between King Constantine I’s support of Germany and Turkey and Greece’s Prime Minister Venizelos’s support of the Allies and the Greek national liberation movement, the brothers typify the division of the times.

In addition, their conflicted servants, who primarily represent the demeaned Turks who were oppressed by Greek administration of their own land, have been treated well by the Baltatzis family. However, while Madame Baltatzis makes sure the head butler’s son receives a college education, he notes that he is still expected to be the family chauffeur upon graduation.

The accurate historical situations are re-told with remarkable clarity. Political alliances, social prejudices, and love across national allegiances make this a kind of Tolstoy epic that mirrors both the past and present.

“Smyrna” is a cinematic experience leading up to the massacre of Greeks and Armenians and the destruction of a grand, vibrant city. Importantly, it also connects us to our own world experience, ending and beginning with refugees, rejected by all the other nations of the world, coming to the little triangular Greek island of Lesbos in overloaded row boats.

This gorgeous, insightful epic will be in theaters nationwide in the US and Canada on Thursday, Dec. 8, for one-night only. Tickets: www.fathomevents.com/events/Smyrna?date=2022-12-08. 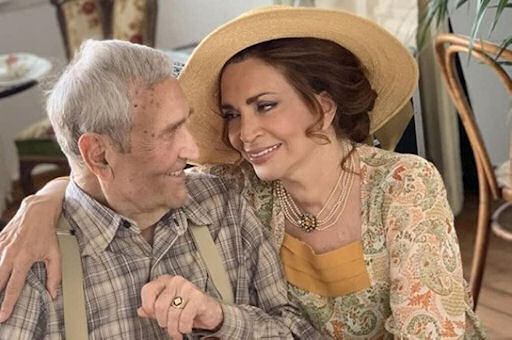