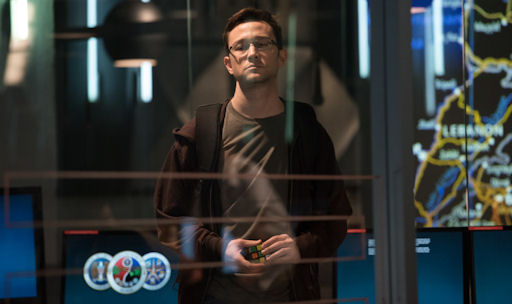 “What is it about this job that’s worth more than your life?” shouts an exasperated Lindsay Mills’ to her boyfriend, Edward Snowden.

Oliver Stone, whose controversial films have won nine Academy Awards, lays out a story about a man willing to give up everything for his beliefs. Stone has said he was trying to present a picture of a man’s life and his motivations, not a bias to the political storm. He wants his audience to decide on that issue for themselves.

“Snowden,” which opened Sept. 16, 2016, is one of the most important and powerful films of the year. It skillfully propels the audience with suspense, yet through the inclusion of Mills, it also exposes a romance of uncommon commitment.

Nicholas Cage, playing a demoralized National Security Agency (NSA) employee, spikes the film with fear and foreboding as he cynically tells Snowden they are supposed to “find terrorists in the internet haystack.” Learning that NSA is literally tracking every cell phone in the world, Snowden finds himself pitted against his own moral integrity while also suspecting that US policy is being manipulated for political and economic global dominance and control.

In May, 2013, Snowden flew to Hong Kong to meet with carefully pre-selected reporters. In a cramped hotel room, he spilled the story of NSA with a global collection of digital data to one of the world’s most respected and distinguished newspapers, “The Guardian.” The US government declared it treason.

In an interview, Stone reports that Snowden, like others in government service, swore loyalty to the US Constitution, not to NSA. Cornell University Law School summarizes the Fourth Amendment of the US Constitution as protecting “against arbitrary arrests, and is the basis for the law regarding search warrants, stop-and-frisk, safety inspections, wiretaps and other forms of surveillance.”

Snowden left Hong Kong on a circuitous flight to refuge only to have his passport revoked. On landing in Moscow, Russia, he was granted temporary safe haven, ironically by the old US nemesis. Now on a 3-year visa in Russia, he supports himself with speeches and as a software developer, focused on protecting journalists in hostile countries,

“Snowden” exposes plenty of new information. Likeable Joseph Gordon-Levitt, as Snowden, brings the right amount of Asperger’s-like obsession for detail and follow-through to this self-taught computer savant. Lindsay Mills, played by Shailene Woodley, lights up the screen as Snowden’s partner.
Like Daniel Ellsberg, now vindicated as a patriot since his revelation of the Pentagon Papers exposing Kennedy, Johnson and Nixon Administration deception regarding the Vietnam War, Snowden had to go to the free press to make the truth known. The question is, will Snowden be as venerated with the passage of time? 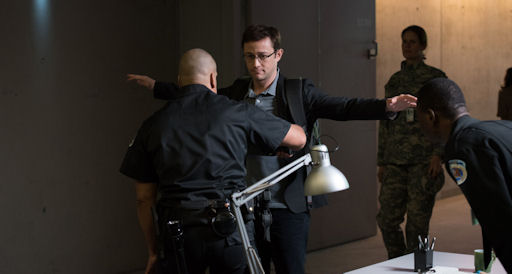