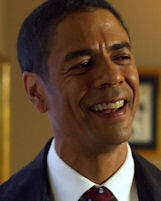 Dwight Eisenhower meets Barack Obama in this ambitious historical fiction “What-if” drama beset with a secret so big the presidents have to ask, “Should we let the public know?”

This is a good Republican president talking with a good Democrat president amidst a subversive background of romance, betrayal, suicide/murder and high-end physics.

It all begins with a good-looking woman sitting on a lawn chair all alone in an Arizona desert watching the sky expectantly. Then a kind of satisfaction radiates through her being as she sees a spacecraft. After it disappears, she packs up her chair and heads back to work or home (both?) where a dead man lies on the floor. Remarkably unaffected, she reports the incident and soon the dead man’s estranged son, a Washington DC investigative journalist, knocks on the door.

At the eerie center of this growing and complicated puzzle are the presidents, both beloved in their day and both revered by their respective parties. Because Leith M. Burke is so good at impersonating Barack, there is no need to name or introduce him as President Obama. Mamie and Dwight aren’t as close a match, but they reflect the polite, formal decorum, when jeans weren’t allowed, of the 1950s. Both Burke and George Gerdes, as Eisenhower, portray the presidents with sacred integrity.

Written, directed and produced by Christopher Münch, “11th Green” was six years in the making and is just the seventh film he has made in the last 30 years. Specializing in what he calls “speculative or alternative histories,” Münch’s work has been described as “extraordinarily imaginative” (Brody in “The New Yorker”) with “a near-unique film-making voice” (Kenny in the “New York Times”).

Münch is the kind of filmmaker on a tiny budget who keeps asking, “What if…?” His persistent questioning leads him to feats of intellectual art that wins awards but challenges the box office.

A self-educated filmmaker, writer, editor and history buff, Münch, whose father was a respected astrophysicist and mother an astute writer, investigates whether aliens have already visited us and been in touch with our most respected leaders. His exploration of the possibilities and the decision President Obama might have made upon receipt of an alien request is intelligently written.

Warning: though there are many pluses, like watching Burke be Barack and contemplating the competing roles of ambition and basic human nature, the plot of “11th Green,” a golf reference, is so intricate and complex that it might take two views. Still, Christopher Münch is obviously an artistic genius to watch. The portal to view his film, Theatrical-At-Home, is a filmmaker-built platform created to support filmmakers during COVID. 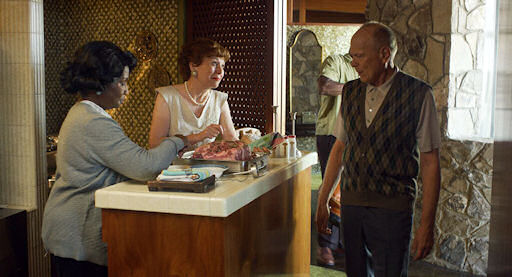