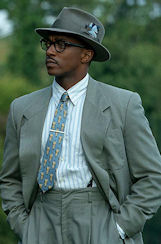 Many kids consider going into investment banking. The hours are not bad, working conditions are safe and, unless you are a black person in 1939 Willis, Texas, there is little chance you will be hanged for it. Such were Bernard Garrett’s father’s words to the prodigious shoeshine boy who was taking notes and surreptitiously learning from the neighborhood rich. His father had seen young boys hanging from trees for thinking they were privy to white wealth. He did not want to see it again.

Anthony Mackie does yeomanlike work as Garrett, marching stoically from door-to-door looking for real estate investments. He is not Rocky so we avoid the crashing soundtrack when he knocks out the giant Nazi, and he is not Horatio Alger’s Ragged Dick either, thank goodness. Garrett is more like Oscar Isaac in “A Most Violent Year” or a radically modern update on Jimmy Stewart’s “Wonderful Life.”

Saviors come in the form of, you would never guess, California, and a very smart partner Joe Morris (a shining Samuel L. Jackson). The two see big money in selling white-owned real estate to blacks but soon run into deeply ingrained redlining enforced by banks. No mortgage loan, no house, no sale. As it turns out, a bank in Willis is for sale and the two buy it. Except there is a minor problem, no one in Texas at that time would sell a bank to a negro.

Working class white man Matt Steiner (Nicholas Hoult) was part of Garrett’s house remodel crew in Texas. A hard worker and honest, to a point, he agrees to be the front man for the new banking enterprise. Thereafter follows a series of vignettes featuring the two smart black bankers acting as chauffeurs for Matt while they coach him on every aspect of being rich. He learns some the easy way and some the hard way. What he learns the hard way will spell the end of the partnership.

The story, although true enough, is simplistic. There are probably a lot of interesting details that were left out for the sake of the Hollywood treatment and these missing pieces stop any resonance with Jackson’s legendary role in “Pulp Fiction.” Tough luck for director George Nolfi, but he is able to marshal his considerable screenwriting skills to make a suspenseful movie nonetheless. Although this does not compare to his writing in “The Bourne Ultimatum” it is a good first try in the director’s chair.

This film would not have been a success without Nia Long, as Garrett’s wife Eunice, pushing it over the finish line. She plays a wife that is supportive and every bit as smart as either of the two male leads. In fact, she cautions against the risk of putting the dreadfully inexperienced Steiner in charge of the operation; the lynchpin that soon has the FBI at the door.

Even so, it is a remarkable story of two men who deserve to be remembered, and respected, for breaking down barriers in spite of crushing opposition. If they did it their way, they did it the only way, and brought America one more step up the hard ladder of racial equality. Although there are many steps left to take, people of color no longer are forced to equate success in the white man’s world with lynching. 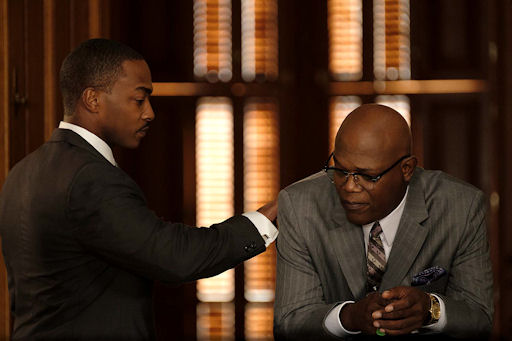