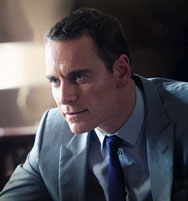 Cormac McCarthy is a fantastic novelist, but based on “The Counselor,” he is a disaster as a screenwriter. This is disappointing because the film has a great cast and premise. But McCarthy’s strengths in writing his novels prove to be his weaknesses in penning onscreen films.

“The Counselor” stars Michael Fassbender as an El Paso lawyer who gets involved in the world of drug trafficking through his friend Reiner (Javier Bardem). And the script’s No. 1 problem is that the film is unnecessarily difficult to follow with way too much dialogue. Fassbender is only referred to as “Counselor” throughout the film and the first half of the film is dialogue heavy – without revealing anything about the character’s past.

The film starts off with a steamy scene between Counselor and Laura (Penelope Cruz), and from there the film spirals downward with the introduction of new characters, without getting into their connection to other characters in the film. There is one scene in particular in the middle where a guy on my motorcycle suffers a grueling death. It’s shot well, but I had no idea who he was or why he died.

On the plus side, the shining star of this film is Cameron Diaz as the hypersexual, yet malicious, Malkina, who sports a gold tooth, silver fingernails and a cheetah tattoo. 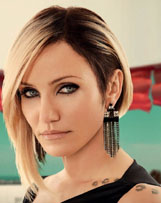 We quickly learn that Malkina is responsible for most of what happens in this film and it is refreshing because we have women who are not only beautiful but brassy at the same time. Diaz was a perfect role for this because she is a natural beauty and we know from her past films that she can play the tough roles.

Conversely, Fassbender’s role is uninteresting and bland — much like his role as an android in “Prometheus” — and it is rather annoying to hear him just referred to as Counselor. Brad Pitt again has a small role, much like in “12 Years a Slave,” and he is effective in his scenes.

Coming out of the screening of this movie, everyone was confused as to what the movie was about and all seemed to agree that Diaz stole the show — as her character is the only one you actually get to know and could form an opinion about.

“The Counselor” is in theaters now, but aside from the action scenes, this movie suffers too much from a poor script and I just cannot recommend it.