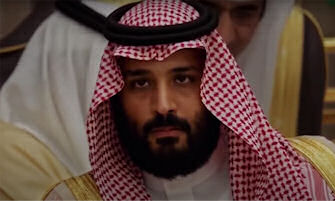 When a master who-done-it is also a master documentary, a gripping film of uncommon depth is born. Triple genre’d as crime, thriller, and documentary, “The Dissident” is a courageous film that you’d normally predict as an Academy Award Winner. But suspiciously, the film had a hard time even acquiring a distributor.

“The Dissident” tells the story of the grisly murder of Jamal Khashoggi in a Saudi Arabian consulate in Istanbul, Turkey in October of 2018. Despite a missing body, there is a horrific audio tape and tell-tale videos.

The film is presented from the perspectives of both Khashoggi’s fiancé, Hatice Cengiz, without a mention of his gorgeous US wife, and an extremely handsome Saudi dissident, Omar Abdulaziz, who lives in exile in Canada.

Hatice wants the world to know what Khashoggi believed in. Abdulaziz, on the other hand, believes it was Khashoggi’s association with him that led to his murder.

The broader subject is America’s historical entanglement with a rich totalitarian regime that has blatantly increased its autocratic footprint with the ascendency of Crown Prince Mohammed bin Salman (MBS). “The Dissident” doesn’t just lay bare the facts of the murder of Khashoggi, but bores into reasons why the journalist had to be punished with such spectacular cruelty.

Besides the fact that another film on the same subject, “Kingdom of Silence,” opened two months earlier in November under the aegis of the Washington Post, neither one has been marked so far as contenders for Best Documentary awards when they do indeed happen to be the best.

Both films, “Kingdom of Silence” and “The Dissident,” unveil America’s complicity in the Dark Side: the Yemen War (called The Saudi-American War in the Middle East), the Iranian conflict, the 9/11 attack, and Saudi Arabia’s own worrisome totalitarian march towards economic control of American interests.

Paralleling the bifurcated nature of Saudi Arabia (SA) and American interests, the two films focusing on Khashoggi would have been stronger if they had joined forces. Instead, the Washington Post, owned by Jeff Bezos, who thwarted intimidation from MBS for purportedly hiring Khashoggi as a reporter, produced its own well-researched film, “Kingdom of Silence,” that revealed a 9/11 connection to Khashoggi’s demise.

The award-winning film-maker for “The Dissident,” Bryan Fogel, forged a competitive path, gaining exclusive participation from Khashoggi’s fiancé, Hatice and Abdulaziz, who both point to other avenues of SA plots and subterfuge in America and the world than the Washington Post version. The two films end up with different, but equally as sinister, takes on what led to Khashoggi’s death. Taking the time to collaborate and weave these intrigues into one fine cloth would have strengthened the two films’ ultimate goal, to warn us against American involvement with the Saudi Prince.

The Academy Awards generally steers clear of films with political statements, focusing more on the creative production process than the message. Though both films exposed the multi-layered life of Khashoggi and his impassioned journalistic principles of freedom of expression, they also comment on the complicity of America in SA’s political affairs.

My observation, after over 50 years of reporting on the Middle East, is that nothing is as it seems. There is no “forthright” concept in the lands marked by religious, tribal, and family loyalties. The inter-laced levels of duplicity and misleading actions are what Westerners view as a convoluted game. Middle Easterners call it all a reality reflecting the nature of the human being.

In the Middle East, the war in Yeman is called the Saudi-American War. Selling more top-secret warfare equipment to the Saudis to earn more money for US manufacturers sounds like more steps into The Dark Side, an inferred conclusion from both documentaries. Both films offer prescient warnings to America and our new administration, but it is a weigh-in of economy vs integrity, sometimes a hard decision.

Flashy technology and a compelling, exciting score thread through “The Dissident” which opened in December, 2020. It was the best documentary of 2020. 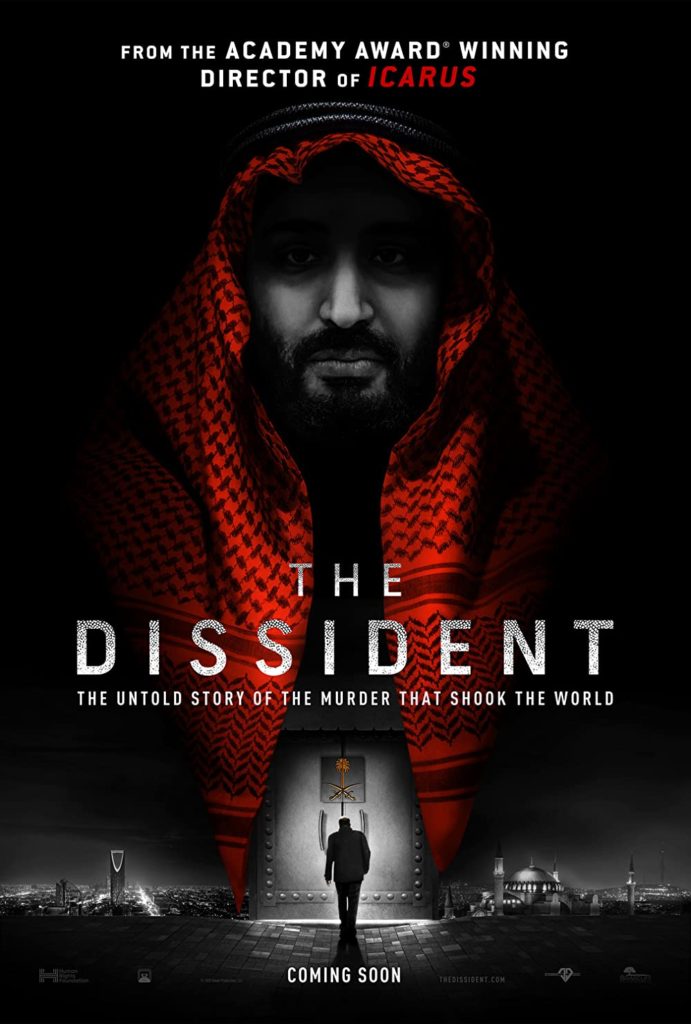