It can be difficult to be very good at acting because there are several factors that can affect your performance, including the script, the rest of the cast, the director and the editor. Robert De Niro is a seasoned actor who obviously has had a great career thus far and going into “The Family,” I expected this to be another great one from Mr. De Niro. However, all great things must come to an end and if he is resorting to films like this, then I wish him the best of luck going forward. 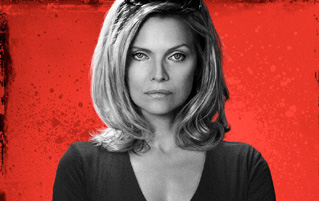 “The Family” stars De Niro as Giovanni Manzoni, father of a notorious mafia clan that is relocated to Normandy, France, under the witness protection program. Giovanni is joined by his wife Maggie (Michelle Pfeiffer), daughter Belle (Dianna Agron), and son Warren (John D’Leo). Knowing the history of this family, we can imagine that keeping a low profile will not be easy.

“The Family” is a very slow moving movie that provides few laughs and a weaker storyline. It also includes every possible stereotype of the relationship between Italians and Americans and has too many scenes that leave you scratching your head. One such scene occurs when Belle hooks up with a teacher at school. The scene is completely awkward because it comes at the wrong point in the film and does not fit into the scope of the plot. It annoys me that no matter how tough a woman is, there is always a “cute guy” who can make her weak and Belle’s character would have been stronger if the love scene was taken out.

Admittedly, it was nice seeing Michelle Pfeiffer on the big screen, but the movie is full of one-liners that are not funny and “The Family” is a mockery of true mafia movies. In fairness, some people at the screening enjoyed it because of the nice action scenes delivered by the Manzoni family, but for me those scenes weren’t enough to make up for what the movie lacked in acting, directing and plot.

Rated R, “The Family” is in theaters now.