Screened at the “Open Roads: New Italian Cinema” program at New York’s Film Society of Lincoln Center, this is not a film for the faint of heart. Those who have some knowledge of Albert Camus’ last, unfinished novel know this story bears the fateful ending of all of Camus’ works. Humanity is no good and we are all destined to suffer our lives out in humiliation, despair and in the shadow of defeat, fighting for the wrong causes. Having said that, what a luscious work of art this is. If you want to see a new chapter written in the book of suffering, take in this heart wrenching tour of the days leading up to the Algerian Revolution.

The Revolution remains one of the favored topics of French writers who dedicate themselves to the destructive self-examination of the worst parts of one of the best countries. This is a time to reflect, with deep reverence, on the flaws in the human soul. Although the novel was published unfinished, posthumously, this film leaves no sense of incompletion. It starts, and ends, with the hope, and the hopelessness, of human endeavor. The story is told through clear and concise flashbacks throughout the first half of the life of Jacques Cormery (Jacques Gamblin) and, in the hands of a lesser director/screenwriter than Gianni Amelio that might have been the beginning and end of the film.

Quite the contrary. What unfolds is a story of love for one’s family and dedication to one’s country and the often times irreconcilable conflict between the two. Catherine Sola plays Jacques’ mother, Catherine, in the early years of the revolution (1957) and Maya Sansa plays the woman forty years earlier when Jacques is a child. The film opens with Jacques visiting his father’s grave, one of thousands in a cemetery for the fallen of WWI. The family is hoping against all odds that the war to end all wars has put an end to their suffering. That is not the case. The suffering has just begun. This film is the story of that family grasping with every ounce of strength for any degree of closure and seeing that closure smashed to bits by the desperate terrorist bombings of the Algerian revolutionaries. 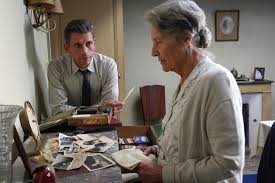 “The violence of revolution is no more than the violence of colonization.” The even sadder fact is that the violence of WWI begat more violence to follow. As in all civil wars, friends and family become blood enemies, forced to make the lethal decision between friends, family and politics. Set in the midst of this is the bottomless poverty of many of the French families who settled in Algeria. Jacques’ family was one of these, with the stubborn determination and infinite strength of such expatriates born out in the exhausted but undefeated face of Jacques’ grandmother. Ulla Baugue’s withering portrayal of a woman who has been pushed beyond human endurance and who yet, somehow endures, and may be the greatest in this collage of all-to-sharp portraits.

The French family who gave father, husband and son for the right to call France the motherland and Algeria home now finds itself a hated boil, rejected by the parched streets and deserts of the land which for generations begrudgingly granted only the leanest of survivals for the most extraordinary of efforts. The grandmother finds herself denied the role of the doting matriarch and instead condemned to the role of judge, jury and executioner. Played with precision and power by Ulla Baugue, in only her second credited film performance, her part, alone, carries enough leaden tragedy to fill an entire screenplay.

She shares this unbearable burden with Jacques’ mother, Catherine, who finds herself unable to remarry after the loss of her soldier husband. As Catherine grapples to reclaim her feelings as a mother and a woman, she is slowly swallowed up by the changing times around her, eventually failing to swim against the current that is destroying everything the family stood for. She and Jacques share not only the unfathomable loss of their husband and father, but the loss of their honor and their adopted homeland as well.

Despite the unbridled depression flowing from this movie, the cinematic experience is one hundred and ten percent of what you would expect from the hands of the seasoned master Gianni Amelio. Shot in old school 35mm with a digital intermediate, each shot bleeds feeling from the top to the bottom of its perfectly framed picture. There is a marvelous juxtaposition of moral dilemmas, unsolvable, but somehow demonstrating the best of the human animal at the same time.

The music score suits the film perfectly, echoing the timeless streets and countryside of Algeria and the tolling of the bells of history as Jacques and his mother confront the loss of all they hold dear for the sake of their ultimate parent, the Republic of France. 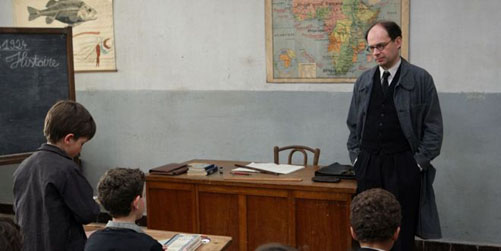