Review: The Last of the Unjust

Director Claude Lanzmann’s sweeping documentary of the Holocaust screened at the 2013 New York Film Festival to mixed reviews. The rambling 220-minute saga centered on interviews with, and information provided by, Benjamin Murmelstein. Murmelstein was the last Jewish elder, or city leader, of Theresienstadt, Eichmann’s “model ghetto.” 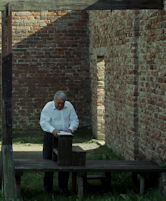 In the Third Reich’s grotesque record of atrocities, Theresienstadt must hold a place of special recognition. It was a city stolen wholesale by the regime to be granted to the condemned Jews as the Terezin spa, a place where the old and infirm could go to recover, work and provide for themselves and others.

Within this city was established a ruling council of community and religious leaders. This city council was led by an “elder,” so named by the Reich as a denigrating reference to the Nazi viewpoint of the Jewish nation as a cult of tribal origins.

As the realization set in that the model ghetto was nothing more or less than a death camp, the first two elders were murdered by the SS for their unwillingness or, rather, inability, to comply with Nazi demands. The first was shot in the back of the head, execution style. The second was murdered in the same manner, after watching his wife and son murdered with the shot to the head. Murmelstein was the third elder, who, by some miracle, was not murdered, but survived to tell this story.

As he says at the outset of the film, when questioned about his complicity in the eventual killing of almost everyone in the city, looking back at what happened during the Holocaust is a little like the myth of Orpheus and Eurydice. As Eurydice was doomed to death by the backwards glance of Orpheus, one risks staying lost in the horrific past of the Holocaust if one examined motives too closely. Terror of the most unspeakable kind was a daily presence. It rose with the sun in the morning and it never set. The city elder was in the horrific position of taking every blow the SS dealt, first hand, without a buffer. He would deal with the blow or he would die the most horrible death the Nazis could imagine.

Murmelstein described the elder as a kind of tragi-comic figure chosen by the SS to be crucified on their cross. He would be elevated to the position of Christ, the “King of the Jews” and then spat on, disgraced and humiliated at every turn. He would bear the brunt of the Nazi persecution of the Jews as a never ending, daily lesson to the Jews.

For this reason, the elder has to learn to think fast, and be ruthless. Judged by those in the film to have been both smarter and more courageous than either of his predecessors, Murmelstein was able to survive by bending but not breaking. All we know for sure is that at the end of the war he survived and few, if any, of the other residents of Theresienstadt lived to tell the story.

This story includes Eichmann’s supervision of the entire holocaust, complete with obscure and little known sub-plots that are as unbelievable as they are abhorrent. For example, when the Reich threatened to stop Jewish emigration to Britain, America, Palestine and other places, Eichmann objected vehemently and blocked such an injunction. He did this because he made substantial profits from his business of selling emigration permission in return for prisoners’ land, bank accounts and possessions. In this way, he was able to obtain legal and straightforward possession of everything the prisoners owned in return for an exit that never came.

Rightly or wrongly, Murmelstein lives in self-imposed exile in Rome, rather than in Israel, the nation he yearns to live in and the nation he loves. We can only speculate why he does not go to the place he wants to call home, except for the fact that he is afraid potentially lethal prosecution awaits him there. This gives this film an aura of self-serving historical redaction from the beginning. But there is absolutely no proof that is the case and the story that he tells is priceless. He may be the only survivor able to tell the story. 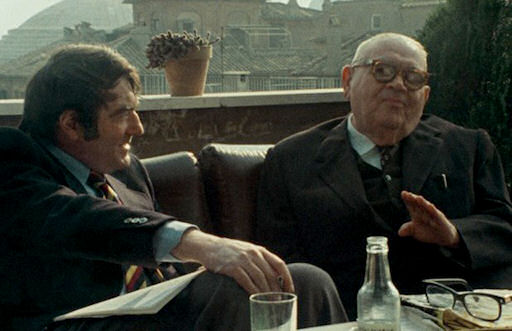