Review: The Man Who Sold His Skin

A Syrian citizen makes a big mistake by heralding the revolution on a bus. Besotted with love, he proclaims his devotion to his lover and his freedom and promptly loses both. Luckily, there was a solution, a way to be free and be a patron of the arts at the same time. As his artist told him, as a person you can go nowhere but as merchandise you can go anywhere. Upon the man/artwork’s death the same artist rejected a call for a statement, instead referring the caller to the insurer of the artwork.

A picture tells a thousand words and a human has become a picture insured for millions of dollars. Fame and fortune with legs.

Based on the true story of a man who agreed to be tattooed and exhibited, writer/director Kaouther Ben Hania blasts that premise off the ground like an ersatz SpaceX heading for the stratosphere to return to a terribly uncertain landing. As the artist, Jeffrey Godefroi (nailed with scientific precision by Koen De Bouw) tells his human easel, his story will be an exact Pygmalion in reverse. Instead of Eliza the street trash becoming a real life lady, Sam the human will become a trashy art object.

Sam (a solid gold piece of work by Yahya Mahayni) is totally down with it since, as an object, he will be given a passport to travel anywhere in the world. This means escape from his torture cell in Syria, where he is crammed with a dozen other souls waiting for the worst to come. The idea takes flight and becomes the darkest satire of the year outfitted with wings of fiendish despair. He is eventually sold to a Swiss billionaire who gleefully informs us that issues of enslavement and human trafficking will not be a problem. Thankfully, Swiss law is much more progressive than that of other countries.

Sam’s lover Abeer is played in perfect synchronicity by Dea Liane. She must make a similar pact with the devil. To have her freedom in Syria, she must marry the powerful, politically connected Ziad (Saad Lostan) who is described as a monster. Thus the stage is set. Sam and Abeer must neutralize the treason charge awaiting Sam at home and also deal with the monster Ziad. Angry husband that he is, he has every reason to have them both thrown in irons and does not really need any reason at all. After all, they are both property.

The film begins and ends with the tattooed skin framed and hung on a wall, in fact, the ending of the real life story. A DNA match informs us of the worst. Plot twists ensue.

Enter Sam’s world. Get some skin in the game. 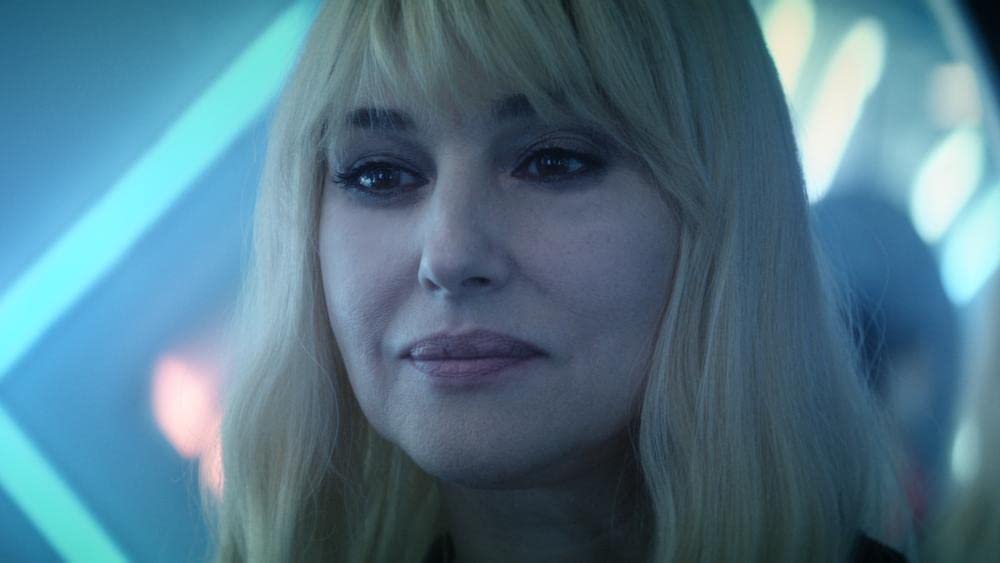