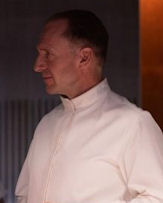 There are some restaurants so exclusive, so expensive and so unique that having even a single meal there is the experience of a lifetime. In this case, an experience that may end your lifetime.

Hawthorne is such a restaurant, located on its own island, accessible only by boat. The restaurant has only one seating each night, with a strictly limited number of diners. Tonight, those diners have been carefully selected, and a unique menu, coordinated to them, has been prepared.

We, and the diners, are treated to the very pinnacle of haute’ cuisine, presented in a most entertaining and enlightening way. But there is a problem. One of the guests is not who she is supposed to be.

Thus begins the thriller “The Menu.”

The basic trope here is not unfamiliar: a varied group, carefully chosen but unaware of that fact, are gathered in a secluded spot by a mysterious host or benefactor, for a purpose very different than they suppose. And, as I mentioned before, one of them doesn’t fit.

Hawthorne is led by “Chef” (Ralph Fiennes – “The Grand Budapest Hotel”). Fiennes has given us a carreer of excellent performances, and he does not disappoint as the both charming and menacing head of the culinary establishment, whose kitchen staff are fanatically devoted to him. He has, we soon learn, many personal wrongs he plans to avenge before this menu is complete.

Every performance is carefully wrought and executed under the expert direction of Mark Mylod (“Succession”), whose previous directorial assignments have been almost exclusively in television. The intricate plotting is the work of writers Seth Reiss and Will Tracy, true foodies who have given us a cast of characters whose foibles are carefully revealed over the 107 minutes of the film. Every gastronomic detail comes from the writers’ combined experience.

Almost all the action takes place within the confines of the restaurant and fully exposed kitchen, which gives a certain staginess to the production, but also allows for each character to be called out in turn in the presence of his or her increasing uncomfortable dinner mates. The editing necessary to put all these pieces together while still maintaining the whole of the ensemble is excellent, as is the cinematography and the lighting required to make all the details stand out in the otherwise murky ambiance of Hawthorne.

Not much more can be revealed without spoiling the experience, but let me close by saying this film will entertain you as would the best of the Agatha Christie dramatizations, but with a bit more gore and tension. After a slow, stage-setting start, you will be on the edge of your seat. Bon apetit! 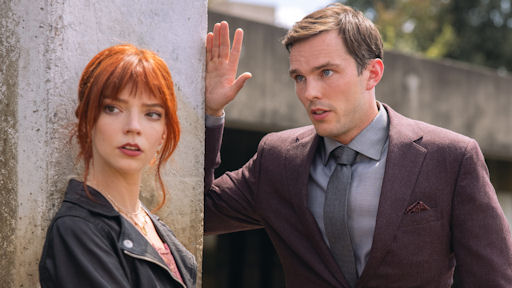