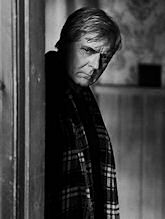 It’s winter, but there is no snow. A middle-aged couple sits alone in a pew as a priest officiates at a funeral for their young daughter. They stand with a few mourners at the graveside; together they clutch a white rose.

Things are not as they seem. While his wife Ethel (Mimi Kuzyk – “The Day After Tomorrow”) waits in the sanctuary, rose at her side, the husband, Frederic (Henry Czerny – “Ready or Not”), sits with the priest, Fr. Graham (Nigel Bennett – “The shape of Water”), in another room. Here, we discover that Frederic was once a priest, who gave up his vocation for the love of Ethel. This is only the beginning of the surprises in this somber, methodical story, filmed in black and white.

The couple return to their home, far out from town. Theirs is a contented, peaceful life, although the loss of their daughter has placed a pall of despair over them. The next day they have a guest. Doris (Kate Corbett – “Black Conflux”) has come to visit ostensibly to see how they are. But as the visit progresses, it becomes clear that Doris is the mother of the deceased child, that Ethel and Frederic are the adoptive parents, and that the child was never told. It is also apparent that Doris is mentally unstable. However, there is much more to come.

That evening Frederic hears cries of pain, outside in the dark. He investigates, knife in hand, and discovers a young man at the edge of their yard. He has an injured leg and begs for help. Frederic is torn between a desire to help a stranger and his natural fear of an unknown person in the night. Nevertheless, he brings the man into their home. Ethel is also afraid and calls the police, but when the officer, Mary (Mayko Nguyen – “Anon”), arrives Frederic tells her a lie that makes it seem they know the man and there is no problem. Ethel is nonplussed, but says nothing.

Later that night after Ethel is in bed. the stranger, Aaron (Mark O’Brien – “Blue Bayou”), talks with Frederic, asking him questions and opening him up. The next morning, Frederic rises to discover Ethel making breakfast with Aaron and now completely comfortable with him.

“The Righteous” is an incredible story, written and directed – and acted in – by Mark O’Brien. It has many layers of depth that are slowly (and this will turn off some viewers who are expecting a straightforward horror story) peeled away, each layer exposed making us think differently of the principal characters.

Classic elements of conflict are all here: relationship between father and child; guilt hidden for decades; a desperate desire not only for forgiveness, but for punishment; love given, reciprocated, and then lost.

Cinematography, especially this being a b&w production where light and shadow are an unspoken part of the dialogue, is excellent and creates just the right atmosphere of depression, foreboding, and finally terror. The actors are all accomplished veterans with the nuanced performances only experience and a sure-handed director can produce. While the music strikes the right tone when a simple piano background is used, the presumably tension building electronic strings are intrusive and offputting.

It was a real treat to watch this film, and kudos to all those involved. However, as I mentioned before, it builds slowly and is not intended for “slash and gore” crowd. 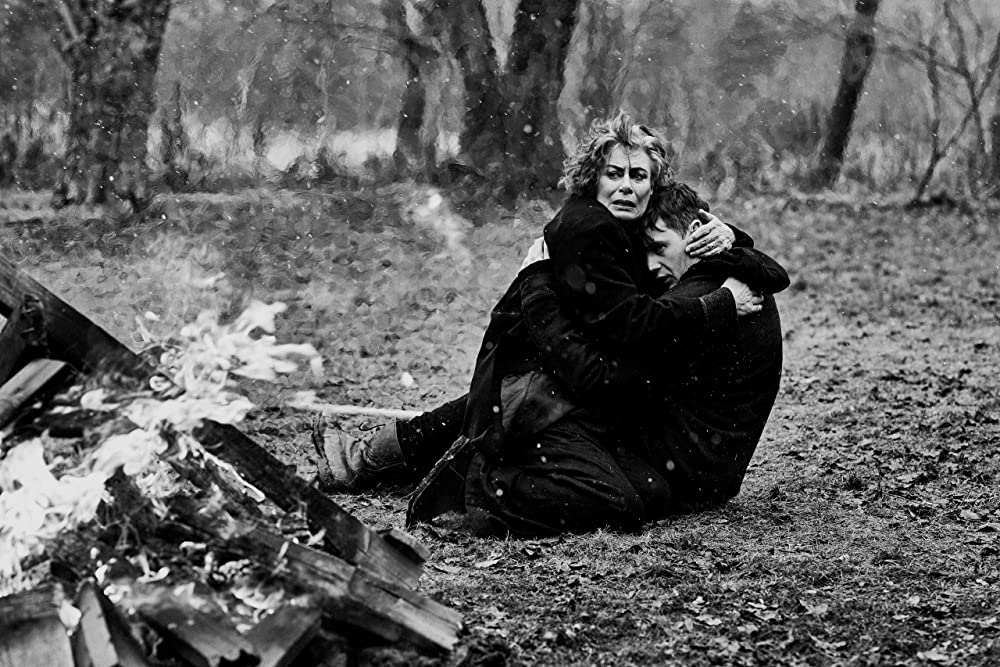