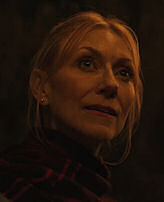 Poor Sydney (Tina Benko – “The Greatest Showman”). She has had some success in the movies and lives in New York City. Yet she’s looking for something more in her life – something meaningful.

She wakes, dresses, and goes for a run, stopping at the statue of Shakespeare in Central Park. This is the classic representation: Elizabethan dress, short cape, prematurely bald pate, one had posed on hip.

The next scene has her meeting Adam (Peter Mark Kendall – “Top Gun: Maverick”), a young man who will be directing “Macbeth” at a small-town Shakespeare Festival somewhere in Massachusetts. Adam describes his take on the play – to be faithful to it, trying to avoid giving it a “director’s twist,” to let the play takes its own course on the stage. The two hit it off and a professional relationship is established.

Next thing Sydney is out of the city and moving into an ersatz Elizabethan bedroom in a boutique hotel in Collinstown, where the annual festival is held. This hotel and town have all the bucolic charm one hopes for when visiting a “quaint” place, but never quite experience.

Already in residence are Hugh (Geraint Wyn Davies – “The Merry Wives of Windsor”), an over-the-top, exuberant bear of a man who will be playing opposite Sydney as Macbeth, and Adam, studiously working away in the perfect plant-filled solarium attached to the house. They go for a walk, and it appears that a romantic relationship might be added to the professional.

Rehearsals begin, and there are problems. “Macbeth has a reputation as a “cursed play.” There are many reasons for this, but perhaps this example from Study.com will illustrate it:

“Shakespeare intended to flatter King James I with his portrayal of him in the play. However, James I did not like the play at all, and the bloodshed and depictions of violence made him so unhappy that he ordered the play be banned. The play was rewritten in a less violent tone and performed in 1703, but the worst storm in English history broke out during the run of the play. Several towns and cities were destroyed, and a half thousand sailors were killed. The original text of the play was restored before the play was performed again.”

One evening, after rehearsals, Sydney is lying in her four-poster bed. Sleep doesn’t come. Then she hears someone playing a flute in the picturesque, moonlit garden behind the hotel. Going to investigate she finds a young man who speaks in couplets and is confused as to his surroundings. Yes, it is the ghost of Will Shakespeare (Will Brill — “The Marvelous Mrs. Maisel”), not yet bald, and with a full beard and more restrained attire.

Shakespeare continues to appear to Sydney, often in her bedroom, and eventually explains that he was never satisfied with “Macbeth” and wants to revise it into the mature play he wants it to be. In a sense, his spirit cannot rest until this revision takes place. Sydney tries to explain that it is recognized as one of his best (third in some estimations) but he is adamant.

Writer/director Keith Boynton (“The Winter House”) has taken what could easily have been a “Hallmark Channel” romp and turned the concept into something far more subtle and intriguing. Production values are impressive as are the performances. Not a one is off key. His dialogue in the mouth of the Bard comes across as natural – appropriate – even as Sydney points out that in Elizabethan times, people didn’t speak in “iambic pantameter.” Special effects are kept to a minimum, something hard to resist in this age of inexpensive CGI.

Both Sydney and Shakespeare are seeking some form of redemption, or at least release from a problem of their own creation. Will they achieve it? You’ll have to see the film!

If I dare paraphrase the immortal Will in this very play: “This is a tale / Told by a romantic, full of the expected and unexpected / Signifying much about our human condition.” 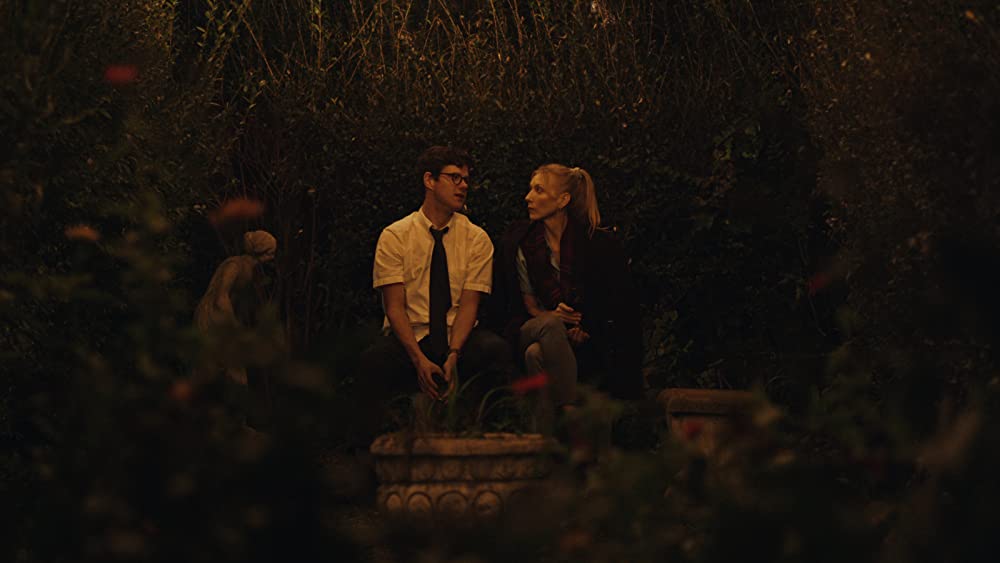